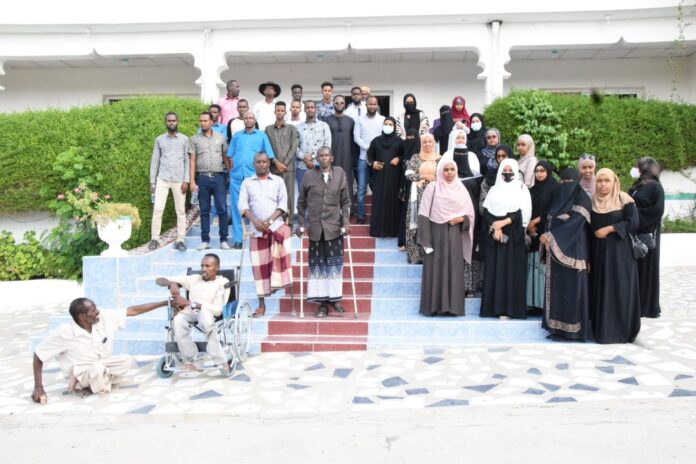 The first batch of 50 local election observers travelled to four electoral districts across Sahil province on Sunday as citizens will go to the polls for the combined parliamentary & local council elections which will take place on Monday 31st May, 2021.The local election observers deployed by Somaliland Non-State Actors Forum (Sonsaf), who will be in charge of monitoring the polls and will send conflict mitigating reports to the Election Situation Room (ESR).The local observers were dispatched to Las Ciidle, Bulahar, Goda Weyn, and Sheikh districts and were on board of four vehicles. The task of sending the local election observers was peacefully done. Half of the observers were women. People with disabilities were incorporated as far as the election observation is concerned. On the other hand, it is reported that a vehicle transporting local observers heading for Sheikh electoral district broke down while en-route, but the mechanical failure was fixed and the local observers safely reached their destination. At least 4 people died and others reported to have sustained injuries following a car crash which took place in the outskirts of the checkpoint in west of Berbera, Sahil’s regional administrative seat. Three of those who perished in the accident were port operators who were traveling from Berbera and were heading to Da’ar Budhuq to exercise their democratic rights and cast their votes tomorrow for the parliamentary & local government elections after it collided with a bus from Hargeisa.