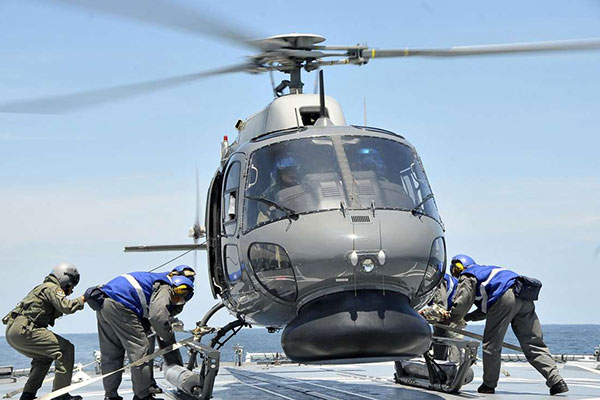 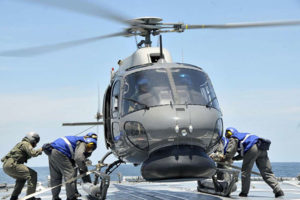 Kenya has acquired nine Fennec helicopters from the United Arab Emirates as it ramps up its security measures amid increased threats from Al Shabaab insurgents in Somalia.

Last week, Cabinet Secretary for Defence Raychelle Omamo and the Commander of the Kenya Air Force Maj-Gen Francis Ogolla received the helicopters at the Laikipia Air Base in Nanyuki.

Fennec, an Airbus AS350, is a single-engine light utility helicopter originally designed and manufactured in France by Airbus Helicopters. It is capable of anti-tank operations, air-to-air combat, ground support, utility transportation role and training missions. It can also be pre-fitted with guns, rocket launchers.

The UAE Army Aviation Brigade and the Air Force Special Operations Command operate a number of AS550C3 Fennec helicopters. The country received the helicopters from Airbus in 2008.

Kenya will now join France, Singapore, Thailand, Australian, Brazil, Denmark and the UAE militaries, which are currently using the helicopter. It is also the first African country to own this kind of combat helicopters, which entered the market in 1990. The aircraft, with a grey paint scheme, were received in Nairobi early this month before they were moved to Nanyuki.

Kenya has also said it will be taking three C-27J Spartan transport aircraft from Italian firm Leonardo next year. Nairobi is understood to have procured the aircraft in late June at a cost of $200 million, having placed an order late last year. They are expected to replace the ageing fleet of De Havilland Canada DHC-5 Buffalos.

Kenya has already received two AgustaWestland AW139 helicopters from the Italian firm, which are now being used by is police service.

National Treasury Cabinet Secretary Henry Rotich said that they had taken two loans amounting to $226 million to pay for the C-27Js and the helicopters. The two loans were taken from Italian bank UniCredit Spa bank in December last year and their repayments will become due in June 2019 and will mature in 10 years.

Uganda, which has lately been battling security challenges, including murders and public disturbances, has also bought drones from Israel to boost security.

Kampala is understood to have already received two dozen Hermes 900 StarLiner drones from an Israeli firm as part of its effort to secure its surveillance mechanism to battle increased crime.

The drone deal with Elbit Systems, an IT firm engaged in defence, internal security and commercial programs, is part of a memorandum of understanding Uganda signed with Israel in late July, which will now see it supply Kampala with more than 160 unmanned aerial vehicles.

Three months ago, Uganda and Israel committed to step up military cooperation in a meeting between UPDF Chief of Defence Forces Gen David Muhoozi and Brig Gen Itai Veruv of Israel’s Defence Forces.

The other Elbit customers on the continent are Ethiopia and Nigeria. The three countries have spent more than $70 million on drones from the Israeli firm. The Hermes 900 StarLiners were rolled out in July and are capable of operating in a civilian airspace.

The Ugandan, Ethiopian, Kenyan and Tanzanian militaries haves been buying drones from Israel in recent years. Uganda began buying small handheld systems from Israel Aerospace Industries in the early 2000s, which were deployed in the war against the Lord’s Resistance Army.

This latest hardware acquisition comes amidst a drop in the region’s military spending pushed down by South Sudan which cut back its spending by more than 50 per cent. Last year, the region spent $2.73 billion in military related expenses last year, down from $2.78 the previous year and a high of $3.6 billion in 2015, data from the Stockholm International Peace Research Institute (Sipri) showed.

Rwanda’s 2016 military spending marginally rose to $111 million from $107.3 million the previous year, while Burundi continued to be the region least military spender at $63.9 million in 2017, down from $66.5 million. South Sudan spent a mere $72 million on its military expenses last year, down from its all-time high of $1.1 billion in 2014.