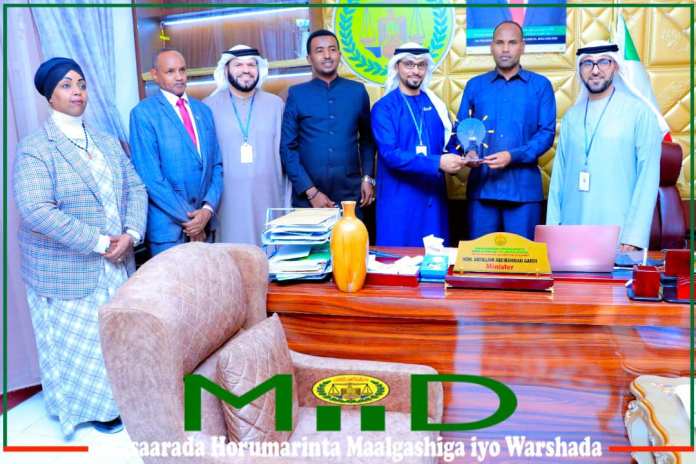 The Minister of Investment and Industrial Development Hon. Abdilahi Abdirahman Are and the Director General of the Ministry Mr. Mohamed Osman Said received in his office a delegation from the Higher Innovation Center of the UAE.

Minister of Investment Hon. Abdillahi speaking at the meeting stated that the delegation who will work on higher innovation issues to different departments of the government, “come to us being the first gate for investment of the country”.

The Ministry of Co-ordination of Councils and the Ambassador of Finland to Somaliland Samiya Muse, who took part in welcoming the delegation, said that the Higher Innovation Center will work together with different government ministries on many issues.

Speaking at the meeting, members of the Higher Innovation Center said that Somaliland has made great strides and praised the good relations between the two countries.