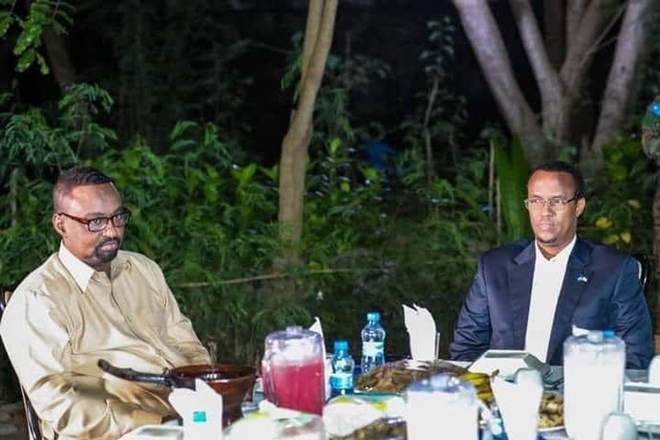 Hirshabelle provincial administration has reportedly locked horns over the petty issues of the selection process of senate members.

The squabble between the top officials of Hirshabelle provincial administration is said to be over one of the seats the Upper House.

Top-level government officials in the region have tried their best to broker an agreement between president Gudlawe and Vice President Dabageed.

The disruption was allegedly carried out by lawmakers who supported the Vice President when they acknowledged that their candidate was losing.

Hirshabelle’s vice president has said that he will not support the senate race if his candidate, Ali Shabaan, is not elected to one of the eight seats allocated to the region.

Candidates who registered to run for the Senate were told in back-room deals that Hirshabelle officials demanded not to contest seats earmarked by the President and VP.

The dispute between Gudlawe and Dabaged has led to a delay in electing seats in Hirshabelle’s Upper House of Hirshabelle.

Hirshabelle’s senate race was heralded as the most open and fair election out of Somalia’s federal member states – where the regional President hand-picked candidates – but that has quickly devolved into uncertainty.