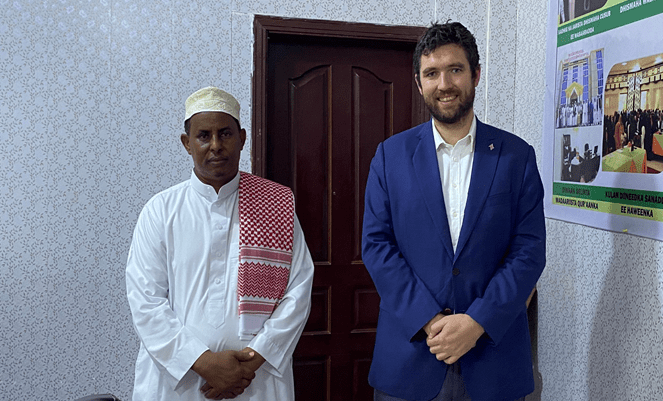 The Head of UK mission in Somaliland,  Stuart Brown, has reiterated that it is a top priority for UK to protecting rights of women and children in Somaliland as the country’s population has more women in contrast to me. This was disclosed during a meeting between head of UK mission to Somaliland, Stuart Brown and the new minister of religious affairs, Sh. Abdirisak. Staurt Brown was delighted to have met with SL’s new minister of religious affairs, a statement posted on his twitter read. He said: ” Look forward to working with Sh. Abdirisak on shared mutual in the areas of protecting rights of women and children, countering extremism in all its forms and the promotion of peaceful co-existence.” Somaliland Gender Gap Assessment 2020 concludes that the gender gap runs deep, with women comprehensively disadvantaged as compared to men in terms of economics, politics and education. Research says the major cause for alarm is not only are women negatively impacted, but families, communities and the broader Somaliland are also missing out on much of the potential that can be gained by greater inclusion and empowerment of women