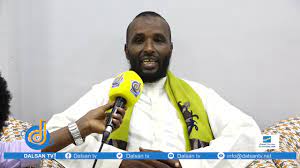 A spokesman for the families of civilians killed by Ugandan troops serving under the African Union Mission to Somalia, has threatened that they would storm a base manned by African Union Peacekeepers in southern Somalia’s Lower Shabelle region after their demands have fallen into the deaf ears.

Husein Osman Wasuge, who spoke to local media outlets this week, said local farmers in the region plan to raid the base in the town in an attempt to revenge over the killing of 8 civilians by AU troops nearly two weeks ago.

Husein Wasuge said: “8 people were killed from us and we are no ready yo revenge over the killing, and take the law into our hands. We cannot distinguish between AMISOM, but we will kill 8 of them in retaliation.

“On Sunday, farmers plan to enter AMISOM camp in Golwayn, if we do not get response from them on Saturday, we will fight.”

Wasuge said they are determined to take vengeance on Ugandan troops for killing 8 local farmers, whose bodies have yet to be buried.

Ugandan President Yuweri Museveni said earlier that the soldiers behind the killing were arrested and will be charged with the massacre that instigated wave of protests in Somalia.