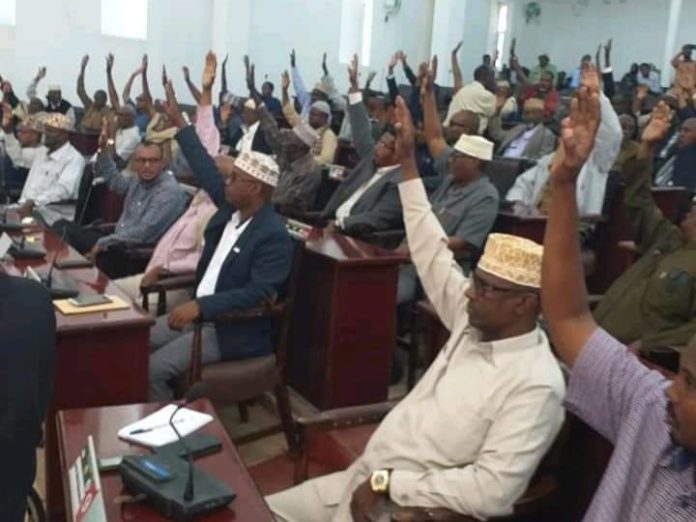 The House Speaker, Honorable Suleiman Mohamed Adan has presided over the session whereby 71 members of the Upper parliament were in attendance.

At the same time, the Guurti-the house of elders have extended their term by three years during this session.

The National Assembly has broken the record of being the longest serving parliament in the world.

They have been in office for 15 years.

Democracy in Somaliland in at stake and needs urgent means to salvage the democratization process.