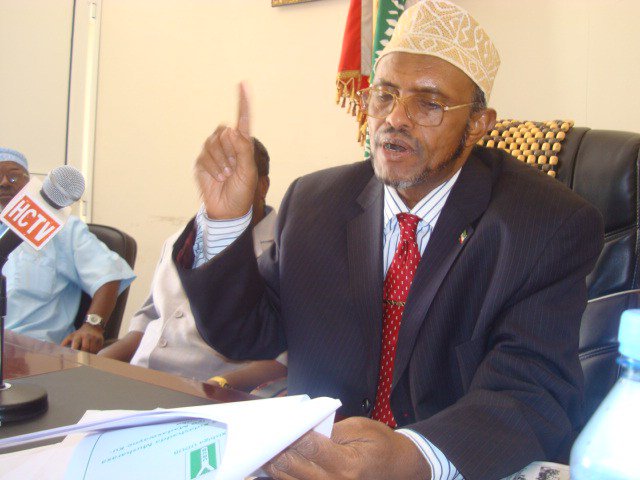 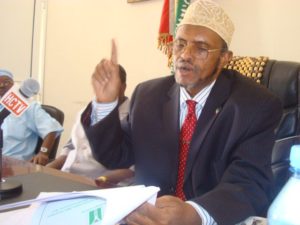 Somaliland the administration of President Muse Bihi has been urged to strengthen his foreign policy strategy as a matter of Urgency.
This was stated by former Somaliland Vice President Ahmed Yusuf Yassin during an exclusive interview with Geeska Afrika in Hargeisa where he also touched on issues related to talks with Somalia and public disputes by ruling Kulmiye party officials.

If we are going to hold free and fair elections it is important that the quota established for women and minority clans be legalized since it is illegal to undertake polls in prevalent status.
Stating that he was not opposed to either women or minority clans gaining a foothold in discussion making foras, but only concerned with legalities the elder Said that rather than moving blindly thence postponement of the elections it was imperative that a constitutional review be undertaken.
With fast paced changes taking place within our region it shall be very embarrassing if Somaliland shall hold disputed elections thence important that the three national political parties establish a united front in place of their divergence and ultimately disuniting policies

We hold favour with numerous and powerful friends in the international community but we need to establish proper guidelines for engagement.
More so we need to reestablish contacts with a large number of foreigners who have in the past been strenuous campaigners for the international recognition of our country. We have lost touch completely on that front
The administration of President Bihi should in pursuit of reestablishing this contacts also set aside a budget for the purpose thence apt outcome.
To begin with pursuit should concentrate on enhancing relations with neighboring Ethiopia, Kenya and the United Kingdom , countries which are very friendly and sympathetic to the Somaliland cause
Similarly the government should establish a Diaspora specific body tasked with quest for recognition

Read: Mr President Somaliland is Not an Island, So Keep abreast with Horn of Africa Politics
Let’s utilize the large pool of prominent Somalilanders in the Diaspora for there are astute in the workings of politics in their various countries of second nationality not to mention that some of them hold very senior and influential positions as well.

Let’s not concentrate on one side but create space for expats in African, East Asian, Gulf , East and West Europe , south , North America as well as in bodies like Bricks etc.

The ministry of foreign affairs should also be strengthened through infusion of expats to support the minister, for the quest for recognition is neither easy nor a job for one person.

Though former Horn of Africa foes like Ethiopia and Eritrea are now in peace as well as Djibouti and Eritrea rapprochement between Somaliland and Somalia remains in doubt.
For these two countries to follow the reconciliation trend in the region it is important first that Somalia acknowledge the sovereignty of Somaliland.
Since it is a fact that the 1960 voluntary later turned fateful between our two countries collapsed almost three decades ago, continued insistence on jurisdictional authority over Somaliland by Somalia is tantamount to rejecting peaceful co-existence.
While it is a fact that the administration of President Rayale whom I served never entered into any kind of talks with Somalia, those whom we handed over led by president Silanyo sought an opposite route, thence the international sanctioned talks that have failed to achieve much.
That said and since talks have been initiated the way forward is the next thing and in this regard it shall be positive if somalia forgets about reuniting with Somaliland thence implement whatever agreements are reached.
In lieu it shall end up being not only time wasting but an exercise in futility that might ultimately render stability in the Horn region untenable.
For President Muse Bihi , I urge that he refuse to resume talks with Somalia until international guarantees are in place to ensure compliance of agreements by authorities in Mogadishu.

In conclusion the former Somaliland Vice President Ahmed Yusuf Yasin commended citizens for peaceful co-existence which he termed as the trade mark of this country.