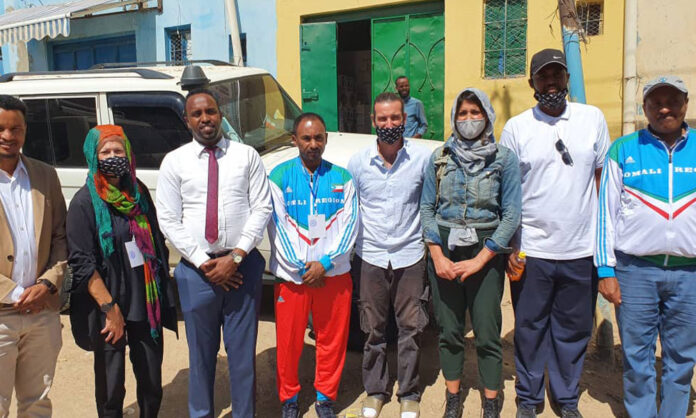 Wildlife law enforcement officials from the Somali region of Ethiopia and Somaliland met in Jigjiga, on 10-11 November 2020 to discuss the urgent need for stronger bilateral cooperation to halt the illegal trade in live cheetah cubs taken from the wild in Somali region and Somaliland, and trafficked to the Middle East for sale as exotic pets.

The Cheetah Conservation Fund (CCF), the International Fund for Animal Welfare (IFAW), and the Ethiopia GEF program “Enhanced Management and Enforcement of Ethiopia’s Protected Areas Estate” participated and provided support for the event. The United Nations Office on Drugs and Crime (UNODC) also contributed its support to the meeting.

Day 1: November 10th 2020 – Presentations and Discussion Groups
During the first day of meetings, presentations focused on the status of wildlife conservation in the two regions as well as the extent and scope of the illegal trade in cheetah cubs: