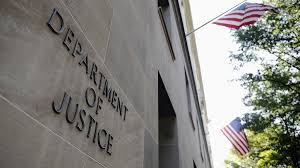 Mergia Negussie Habteyes, 58, pleaded guilty to one count of unlawfully procuring naturalization contrary to law before U.S. District Judge T. S. Ellis III of the Eastern District of Virginia.  A sentencing hearing before Judge Ellis is scheduled for May 17, 2019.  Negussie was charged in an indictment returned by a federal grand jury in the Eastern District of Virginia on Aug. 14, 2018.

By his own admission, Negussie participated in the persecution of detainees in Ethiopia from roughly 1977 to 1978 during the “Red Terror,” a  campaign of brual violence during which Ethiopia’s ruling military council, the Derg, and its affiliates arrested, extra-judicially detained, interrogated and tortured tens of thousands of members, perceived members and supporters of political opposition groups.  Negussie injured and abused detainees on account of their political opinion by beating them with weapons including belts, rods, and other objects, causing in many instances permanent scarring and injury.  During these beatings, Negussie questioned the detainees about their affiliation with the Ethiopian People’s Revolutionary Party (EPRP) and opposition activities of the EPRP, which was the Derg’s primary political opponent at the time.

Negussie’s materially false representations in sworn statements to U.S. immigration officials resulted in his procurement of naturalization contrary to law.

“Individuals who participate in the kind of brutal human rights violations perpetrated by this defendant should not be able to find safe haven in the United States by misrepresenting themselves and their past,” said Assistant Attorney General Benczkowski.  “The Justice Department and its partners will continue to pursue those, like Negussie, who seek to subvert the U.S. immigration and naturalization system this way.”

“The conscious choice to become a citizen is a great pillar and a richly beautiful tradition of the United States,” said HSI SAC Lechleitner.  “It is the highest and most egregious offense to this special fabric of our country to commit fraud in order to obtain that citizenship, but it is immeasurably deplorable for Negussie to have willfully concealed his participation in raw inhumanity.”

Conviction will result in automatic revocation of Negussie’s U.S. citizenship.

The case was investigated by HSI Washington, D.C. with the support of the Human Rights Violators and War Crimes Center (HRVWCC).  Established in 2009, the HRVWCC furthers the government’s efforts to identify, locate and prosecute human rights abusers in the United States, including those who are known or suspected to have participated in persecution, war crimes, genocide, torture, extrajudicial killings, female genital mutilation or the use or recruitment of child soldiers. The HRVWCC leverages the expertise of a select group of agents, lawyers, intelligence and research specialists, historians and analysts who direct the government’s broader enforcement efforts against these offenders. The HRVWCC comprises ICE HSI’s Human Rights Violators and War Crimes Unit, ICE’s Human Rights Law Section, FBI’s International Human Rights Unit and the Justice Department’s Human Rights and Special Prosecutions Section (HRSP).

Members of the public who have information about former human rights violators in the United States are urged to contact U.S. law enforcement  through the HSI tip line at 1-866-DHS-2-ICE or its online tip form at www.ice.gov/exec/forms/hsi-tips/tips.asp.