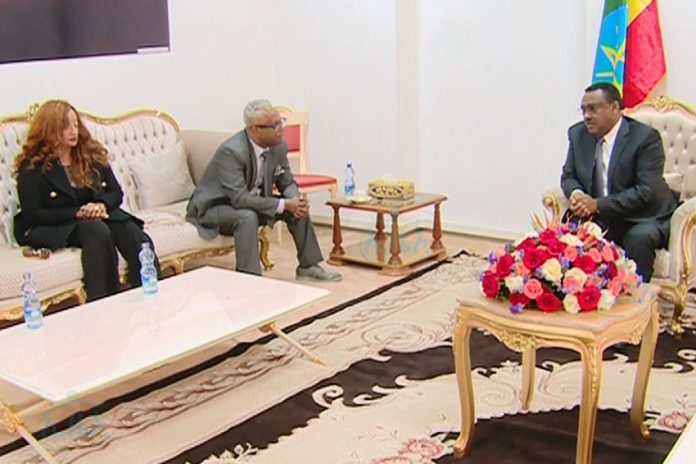 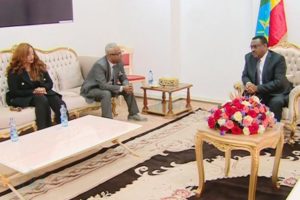 Addis Ababa September 01/2018 Ethiopian human rights activist, Tamagn Beyene, who have been in exile for 22 years, have returned home this morning.

Tamagn has arrived today in Addis Ababa accepting the call from Prime Minister Abiy Ahmed to work together for the betterment of the nation.

High level government officials, artists and his fans have welcomed him upon his arrival at airport, while Deputy Prime Minister Demeke Mekonen received him in his office.

Following his discussion with the Deputy Prime Minister, Tamagn told ENA that he is very excited to be back. “I am too much thrilled to be back to my country after 22 years”.

Tamagn hailed all Ethiopians who have been sacrificed themselves to bring change to the country regardless of their religion and political stand.

“Many have been sacrificed their lives, many have suffered to realize this day. I would like to appreciate those who bring the change,” he pointed out.

The Activist said that Ethiopians have got an opportunity that would enable them to build their country, referring the sweeping changes that the nation has been through.

“The [road] to change has opened. It needs an owner; the owners are all people,” he said noting that the reform belongs to all Ethiopians.

“The contribution of all people is highly needed to change the political scenario that we have been living for long and create a country that we can express our opinion freely; [parties] take power through competition,” Tamagn said.

“Now the door is open for each and every one of us should be back and be part of the change and contribute our share to make our country free from revenge and hatred and make it a proper place for our children,” he added.

During his visit to the U.S. in July to discuss with the Ethiopian Diaspora, Prime Minister Abiy Ahmed has called on all Ethiopians in the Diaspora to support the reform.

Tamagn Beyene, who has been known for preaching unity and Ethiopianism, was among the Ethiopian Diaspora that the Premier has called on to return home and strive for the development and democratization of the country.