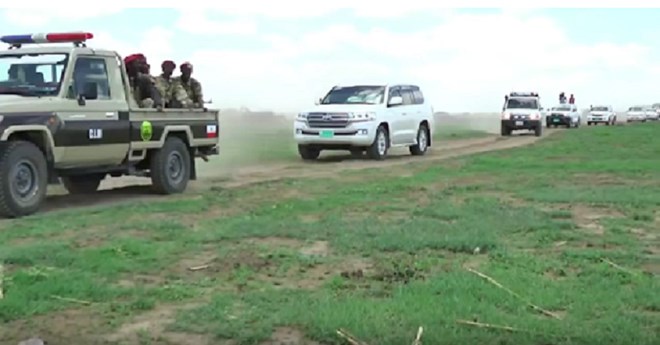 Senior military officers from Ethiopia and Somaliland have held discussions on Wednesday in a bid to enforce measures aimed at preventing the spread of Covid-19 in border points between the two sides.

The attendees were among General Zewdu Belay, the commander of Ethiopian military forces in the eastern division, Brigadier General Nuh Tani, Somaliland’s army chief, police officers from both sides and other public officials.

General Zewdu Belay has said that the objective of the security meeting brought together officers from Ethiopia and Somaliland is to jointly enforce the ongoing measures to halt border crossing in an attempt to prevent Covid-19.

Somaliland army chief, Nuh Tani has stated that Covid-19 has taken its toll on developed nations.

He commended the work that Ethiopia has done which is aimed at preventing the spread of deadly Covid-19 pandemic.

Nuh Tani said that he agreed with the steps which will be taken in order to stop border movement.

He stressed that Somaliland has implemented number of measures include the halting of border crossing in the border points with Djibouti and Ethiopia.

He promised to further heighten the measures.

Ethiopia’s military and police forces are jointly patrolling the border points with Somaliland and prevent people to cross.

The troops have visited Tog Wajale checkpoint which has been shut down.