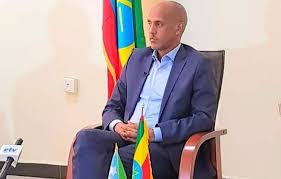 An Open Letter to the President of Somali Regional Administration.

From: The General Secretary of Justice and Development Party of Somali Regional State (JDP).

Mr. President, it has come to our attention that you have taken different and confusing decisions regarding the Jigiga- Danbel Woreda Road Construction. We are writing to you to bring to your attention the consequences of your recent letter dated on 23/10/2012 Ethiopian calendar to the Ethiopian Roads Authority which does not comply with the laws and equitable development process that affects the areas.

Unfortunately, this decision also invalidates the Ministry of Transport’s vision to expand transport services in this region’s population centers. Finally, this will have consequential implications on the economic and social developments for the communities in the region.

Your latest change directive about this road have altered the consultant’s previous plan, which was the path from Jigjiga – Tulli, Jaare to Danbal in a non-rational way. This recent decision is in contradiction to your prior decision taken on 8/2012 of which both federal road agency and the contractors were working on it. Not only this misguided decision diverts the road from the population centers to less uninhabited area, but also to rough, curved, and costly terrain in the absence of rational road engineering and environmental considerations.

Furthermore, earlier in this year, The Danbel regional community grievances have reached out to your office for proper re-alignment of the road. With your understanding and consideration of the merits of the case, you consulted with the contractors and recommended the road’s realignment to be brought back to its correct original path. But then now another contradictory decision from your office recommending road diversion to less uninhibited areas.

This is not justifiable both in the eyes of the community and the proper usage of scare resources of the region.
This unfortunate misallocation of scarce public resources that might lead to social conflict, instability, violence, and hatred within the communities. Similar misguided decisions and ill-informed steps were taken by your predecessor whose totalitarian policies led to the unfortunate killings of foreign contractors who were drilling oil in our region.

The current company constructing this road is an international company. Similarly, the current situation surrounding the road construction might irritate the local community and create instability in the region and animosity towards the foreign workers.
Unfortunately , diverting this road from Jaare- Danbal is repugnant and contrary to engineering principles and sound design methodologies of road building.. Therefore, your latest latter is irrational and will be costly while depriving the opportunity for concerned population centers and will lead to socially suboptimal outcomes for all-regions.

The justice and development party stands with the community of these population centers and supports fair and transparent government institutions that promote the welfare of all towns in the region.

The Justice and Development Party’s goals are to reform government, unite People of the Somali State region.
It has the conviction to establish a local constitutional administration that is united, prosperous, at peace with itself and its neighbors, and able to effectively advance and safeguard the prevailing social, political-economic, and human rights of its people without preferring one area from another.
In conclusion, we hope this letter enlightens your understanding the gravity of the situation and the consequence of your administration’s misallocations of scare economic resources. We appeal to your administration to let the road go to the previously agreed direction, Jigjga-Tulli, Jaare – Danbel, and Harmukaale. This rational approach will promote social-economic development by connecting the population centers to the commercial centers of the region and movement of goods, people, and services. Your latest decision is likely lead to suboptimal developments both socially and economically in the region.

History will judge and we’ll be held accountable for our decisions both at legal mechanism and federal courts.
justicedevelopmentpartyjdp@gmail.com

Thank you for your understanding and consideration.