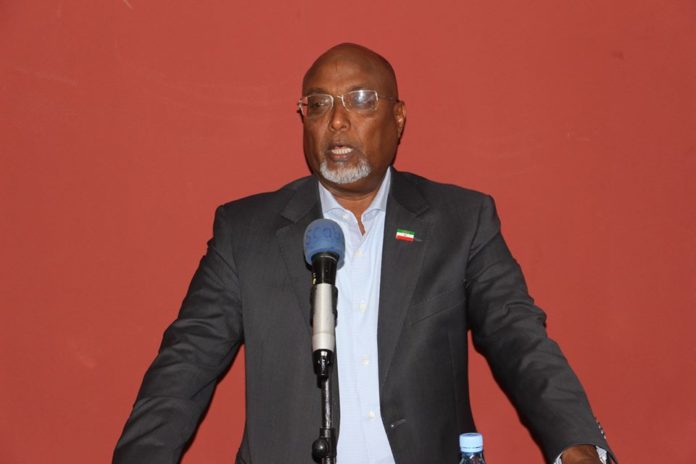 HARGEISA–SL’s Minister of minerals alleged that some members of the Diaspora community are hampering mining activities in the country.

The minister who came before the standing committee of the Council of Elders today said Diaspora community are arming the locals to object mining activities in Fiqi Ayub locality in Togder province.

Minister, Jama Mohamou Egal said some locally influential have organized the youth to disturb the mining activities in the area.

He was briefing the Standing Committee about the government efforts to facilitate the country’s natural resources exploitation.

The minister revealed the biggest challenge for the exploration f natural resources is the local skepticism of mineral exploration in their areas.

He warned against the local’s hostilities will chase away investors and in the process prefer development.

He emphasized the government ownership of all natural resources in the country.

However, he stated the resources will be equally shared on fair basis by the locality of the region and the central government.