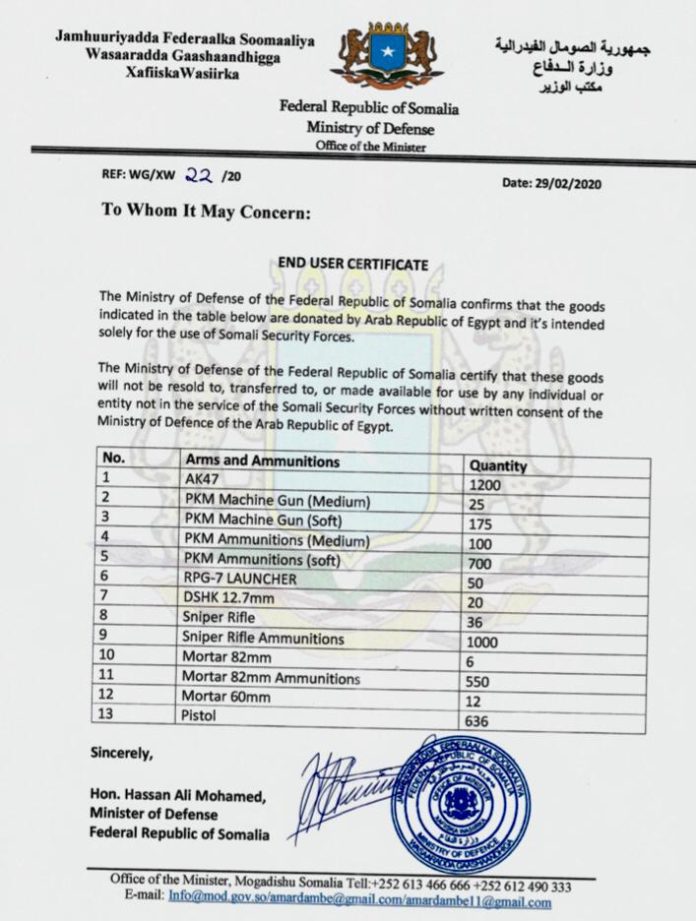 Somalia’s Federal Gov’t has received supplies of Small and Light Weapons (SALW) from Egypt despite the UN Security Council arm’s embargo still in place in Somalia.

The delivery of SALW is a clear violation of the arms embargo in Somalia.

In a statement released by Somalia’s defense ministry, it said that the arms donation from Egypt will be solely for use of Somali Security Forces.

It has further read that the defense ministry of Somalia promises not to re-sell to, tranfer to, or made available for use by any individual entity not in the service of Somalia’s Security Forces without a written consent from the ministry of defense of Egypt.

The Gov of Somaliland is deeply concerned over Somalia Gov it’s failure to abide the UN Arms Embargo. We condemn the Egyptian Gov for violating the arms embargo on Somalia. This poses a serious risks to the peace & stability of the region. 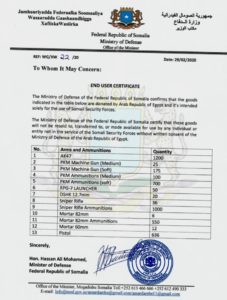