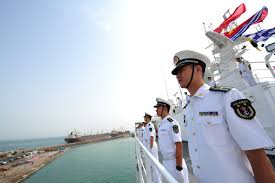 THE United States Africa Command (AFRICOM), losing confidence in a shared space in Djibouti, is bearing the brunt of the friction between the country and its rival superpower, China.

The tensions are prevailing in the tiny country on the Horn of Africa, which is among the poorest in the world but has emerged as an influential country in global politics by its hosting of military bases.

Djibouti hosts China’s only foreign military base and the United States’ biggest such facility in foreign lands but recent friction indicates that if America is to maintain stronger position, it must find an alternative location for its Africa base.

The upheaval comes on the back of the Asian nation expanding its footprint, and influence, in Africa. China has in recent years deepened its military ties with Africa through training programmes and increasing weapon sales. It is the second-biggest weapons supplier to sub-Saharan Africa (after Russia). China also is the third-biggest arms provider to North Africa, after Russia and the US.

The expansion is in line with China’s One Belt One Road (OBOR).

OBOR, according to China, a global development strategy involving infrastructure development and investments in 152 countries and international organisations in Asia, Europe, Africa, the Middle East and the Americas.

China opened its military base in Djibouti in 2017. China calls the naval facility a support base but months after its opening, it was conducting live fire exercises.

The US, which established its Camp Lemonnier navy base after the September 11, 2001 attacks, accused the base of firing lasers at its military planes and injuring its pilots.

The close proximity between the bases (they are 10 miles/16 kilometres apart) is itself a provocateur. The Chinese base is located in the Port of Doraleh to the west of the capital Djibouti City. The US base is among several other foreign military bases situated south of this city.

Other bases include France’s Base aerienne 188 and the Japan Self-Defense Force Base Djibouti.

Speaking at a recent interaction with international media, Rear Admiral Heidi Berg, AFRICOM director of intelligence and knowledge development directorate, reiterated the US’ anger at the conduct of the rivals since the launch of the Chinese base.

“The concern that we have is clearly China has had some negative actions as well as irresponsible actions taking place at Djibouti,” she charged.

Berg alleged attempts by the Chinese to access Camp Lemonnier.

There are lesser allegations of Chinese’s lasing incidents of US pilots and incidents with unmanned aerial vehicles (UAS) to potentially an interfere with US flight operations, with desires to constrain international air space and overflight over the Chinese base, as well as intrusion activity.

“So concerns are having China act as a responsible national partner and a responsible partner in these constrained operating environments that we have in Djibouti,” Berg said.

Another issue of contention by the US is that the Chinese base is not merely a naval facility with access to the port that transit all the arms to Yemen.

It also that it is part of the digital Silk Road, a strategic plan of Chinese to develop an international trade network including payment transfer systems.

Experts believe this would eventually allow Chinese entities to operate as banks and develop exchangeable private currencies outside of the Bretton Woods system.

The US is also fretting at the takeover of the port of the Djiboutian capital, Djibouti City. There is higher risk that information and goods coming to AFRICOM will be highly evaluated before reaching its destination.

The port is the primary source of supplies to sustain US’ local force of some 4 000 personnel.

“That port is one of five entities in the overall Djiboutian port, and so, our access there is necessary and required,” Commander of AFRICOM, Gen. Thomas Waldhauser, recently told a Senate committee briefing.

Last year, Waldhauser warned that a Chinese takeover of the port could have “significant” consequences if there were restrictions on the US’ ability to use the facility.

The Djibouti government of President Ismaïl Omar Guelleh has previously dismissed the concerns.

The takeover of the port stems from Djibouti’s indebtedness to China.

Berg pointed out China has extensive engagements with Djibouti and currently hold over 88 percent of Djiboutian debt.

“That is a concern, and terms of inability of particularly with our long-standing and deep engagements that we have with the Djiboutians, their ability to maintain their sovereignty in negotiations with the Chinese, which they have certainly done so in any engagements that we’ve had across the government,” she said.

Bordering the Gulf of Aden and the Red Sea, Djibouti enjoys proximity to some of the world’s busiest shipping lanes. Coupled with the tiny country’s nearness to the vast Arabian oilfields, it is thus no wonder why Djibouti is strategic.

However, there has been some hostility with Saudi Arabia contemplating to suspend oil shipments through the strait, on the main sea route from the Middle East to Europe, after Yemen’s Iran-aligned Houthis attacked two ships in the waterway. The arms shipments were being offloaded in Djibouti before getting to the Houthis, according to reports.

Djibouti and Yemen are closely linked by historical and commercial ties. Most locals trace their family history to Yemen.

CAC has business arrangements with banks from America, Europe and the Middle East.

By: By Said Aboubaker