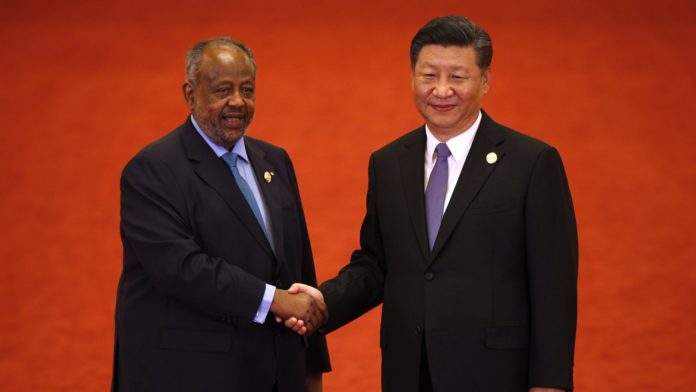 In unveiling the Trump administration’s new Africa strategy last month, national security adviser John Bolton cast Chinese financial and military activity in Djibouti as a threat to U.S. interests in the Horn of Africa. He cited concerns about Djibouti’s mounting debt burden to China and China’s potential to take over a strategically located port, along with its establishment of a military base near U.S. base Camp Lemonnier.

The big picture: Djibouti has enjoyed a four-decade relationship with China, and in the past few years, this relationship has become more instrumental in Djibouti’s development. China holds 77% of Djibouti’s debt, largely because of Vision Djibouti 2035, the country’s agenda to become a logistics and commercial hub for continental trade and spur medium-term growth of 10% per year.

By the numbers: Djibouti has used much of its Chinese financing to immediately fill critical infrastructure gaps. Many high-profile projects have been financed by China Eximbank loans in recent years:

Taken together, this flurry of infrastructure projects resembles China’s development of its own cities such as Shanghai and Shenzhen, home to industrial zones, ports and rail-based transit systems that spurred maritime trade.

The bottom line: If these projects increase productivity and economic opportunity, that may assuage some concerns about the debt burden; if not, Djibouti’s “economic goodwill” toward China may end sooner than expected, an outcome that would validate U.S. fears about regional stability.

Janet Eom is a research associate at the China-Africa Research Initiative at the Johns Hopkins University School of Advanced International Studies.