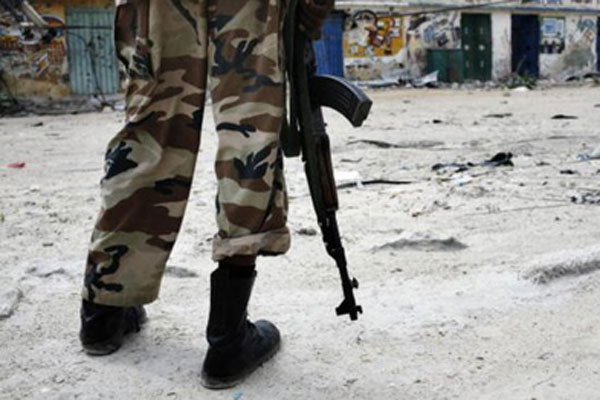 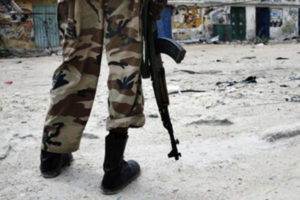 Four soldiers have been arrested in Somalia after a nine-year-old schoolgirl was shot dead in the capital, Mogadishu, police say.

Deqa Dahir died and another girl was wounded when bullets hit their school bus while it was stuck in a traffic jam, Amnesty International said.

Soldiers opened fire in an apparent attempt to clear the road for their vehicle, the rights group added.

The nine-year-old was buried on Thursday, two days after shed was killed.

She was a first-year school pupil, and was returning home happily, eating ice cream, when she was killed by what appeared to be a stray bullet, reports the BBC’s Ahmed Adan from Mogadishu. She was shot in the head and died instantly.

Her father has demanded justice from the government of President Mohamed Abdullahi Mohamed.

“It was shocking to see the dead body of my daughter. I am helpless and need justice for my daughter,” Dahir Moalim Ali Farah told Amnesty.

“My 11-year old son, who was also in the bus with Deqa, came home crying and shouting and told us that she had been shot dead. I ran to the scene of the incident, where I was told the body of my daughter was taken to Masaarida hospital,” her father said.

Separately, the driver of an auto-rickshaw taxi was hit by a stray bullet fired by a soldier on Monday.

Police chief Bashir Abdi Mohamed has now promised to prosecute anyone who shoots randomly, and said troops were being investigated over the girl’s death.

Amnesty urged the government to ensure that troops “do not use force unnecessarily and randomly against people going about their daily business”.

Somalia has been without an effective central government since the fall of the Siad Barre regime in 1991.

The country has been hit by numerous conflicts since then, involving rival clans, militias and militant Islamists.

The government is facing its biggest threat from al-Shabab, a group linked to al-Qaeda.

It has carried out a wave of bomb and gun attacks in an attempt to overthrow the government.