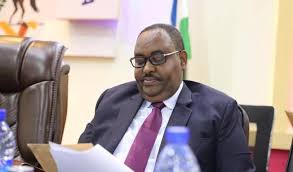 The provincial Puntland leader in Somalia, Mr. Said Abdilahi Deni, appears to have changed his policy towards Somaliland pertaining to the claim of Sool and Sanaag regions.

Mr. Deni has talked about the territorial dispute that his authority is engaged with Somaliland gov concerning the ownership of Sool and Sanaag regions which locate in the eastern remote parts of Somaliland. The leader has claimed that Somaliland is controlling regions belonging to Puntland by force. He made the remarks at ceremony unveiling a book depicting a vivid picture on Somalia’s peace and stability.

The Puntland leader has announced for the first time since he came power that he is willing to open talks with Somaliland to negotiate with them on the disputed territories. He called on SL authority to also play its lion to avert the recurring skirmishes between the two forces which led to displacement and the destruction of properties. He sent a clear message to Somaliland gov in whereby he asserted that Somaliland occupied Puntland regions by force.