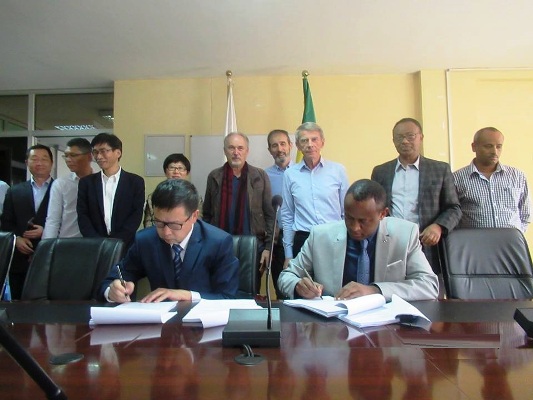 The moves are intended to “pick up the pace of the dam”, reported Fana, the state broadcaster.

China Gezhouba is expected to “work aggressively in partnership with other companies” to complete the project on schedule, EEP chief executive Abraham Belay said.

In December a project official warned that possible defects in electro-mechanical work on the hydropower scheme carried out by a now-disgraced state-owned company could add four more years to the construction schedule, pushing completion out to 2022.

That company, the military-run conglomerate Metal and Engineering Corporation (Metec), was fired from the project in August over delays to the M&E work, including the turbines.

Situated on the Blue Nile, the GERD dam has been under construction since 2011 and is reported to be about two-thirds complete.

It has sparked diplomatic tensions with Egypt, which worries about its water supply, but expressions of good will have marked recent talks between the countries.

The dam will dramatically increase the country’s power generation capacity, and Ethiopians see it as central to Ethiopia’s development and prestige.