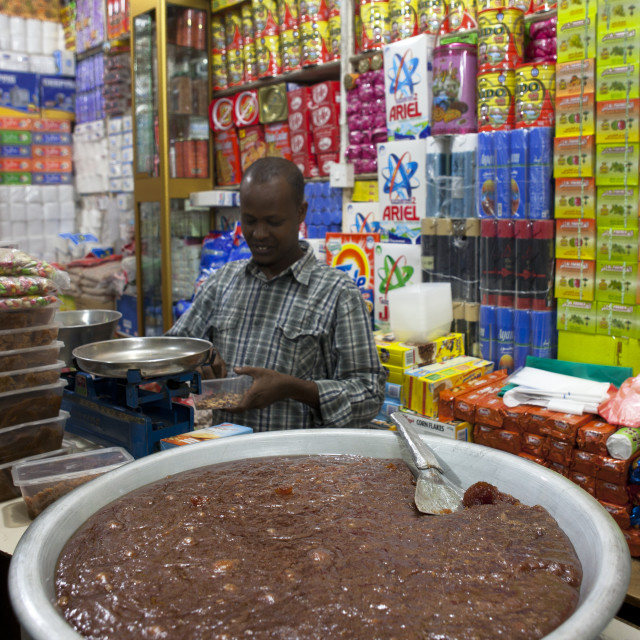 Somaliland faces a high inflation rate as the surge in local goods and services prices rises exponentially and lowers our standard of living! Is it caused by the Government’s oversight, or is it more deep-rooted and driven by our import-based national cuisine? An economist’s point of view!

Preface
Despite not being a recognised country, Somaliland has devised all the necessary institutions and legal framework to manage its monetary matters and indeed has excelled in curbing inflation in the first four years of the current government tenure, Alas! But it is not a secret that the beast is out there and managed to jailbreak and escape the tight hands of the Government. Inflation, a menacing beast, usually makes its presence known loud and clear. Hence, it has caused the public’s outcry and is now the everyday talk of all the grannies and mothers who bear the burden of putting bread on our household dinner tables.
Inflation, one of the world’s most paradoxical phenomena due to its nature to be seen sometimes as a threat and other times as a blessing, is suddenly here among us uninvited and taking its toll. In simple terms, inflation is the rise in the price of goods and services over a given period. It is also the result of how our Federal Reserve controls our monetary policy, mainly the money supply. Many see inflation as a ‘booming economy’ while others describe it as a failing economy or heading towards a recession.
Inflation has a direct linkage to the standard of living by devaluing our money. From food, rent, fuel, transportation, and almost every goods and service, prices have recently been rising in Somaliland. The effect of inflation has made it very difficult for many of our households to acquire necessities needed for survival as it has gone beyond their purchasing power. The politicians and public both voiced their frustration and disappointments without really bothering to analyse the root cause of this sudden inflation reasonably.
Inflation is also a risk to our peace and stability and will be a detriment to our future if we do not address it rightly and on time, as it brings an unbearable burden on our citizens. Sure, inflation makes the public adamantly and slowly lose hope with their governments usually demand effective remedy/solution to be undertaken, realising that they may not live comfortably for a more extended period, such is the harsh reality. We must not lead them towards a path akin to Zimbabwe’s that has failed to curb inflation in its early infancy days and then was left to fight the mother of all inflations that grew tooth and nail.
After gaining independence in 1980, Zimbabwe was well and truly on its way to economic prosperity, experiencing growth for the next two decades relatively better than its African counterparts. It was a country blessed with natural resource endowment. In 2008, Zimbabwe recorded the second-highest inflation levels ever known on Earth. How did this come about? It was a combination of a fall in government income due to reduced production and exports and increased government spending. As a result, there was a classic case of ‘too much money but not goods’, which led to high inflation. We should heed the warnings of one of our African neighbours!
This article will analyse the correlation between the rise of prevailing inflation and its effect on the standard of living in Somaliland. Also, we will point out the necessary precautions and measures that can be taken to mitigate the dangers of such a curse on our blessed and untainted motherland.

Standard of Living & The Effects of Inflation
The average annual salary in Somaliland, which is yet to be adequately documented and varies from source to source, is thought to be one of the lowest in the world. All of the Government’s employees and the labourers, military personnel, and police force are all paid their wages by the ever-declining Somaliland Shilling against foreign imported products. The cause for the decrease in the countries national banknote is because Somaliland is a heavy import country. This means that it always imports products without exporting a similar figure. This system causes money flow to be consistently flowing out of the nation, causing its currency to get weaker and weaker.
Inflation is not always a bad thing regarding the change in the price of items in an economy. However, that is if it is coupled with an increase in money supply in the market. In Hargeisa, prices of general goods have immensely increased, such as the prices of coriander, potato, and lettuce have increased by 24%,20%, and 20%, respectively. Such a significant increase in a short period spells trouble for the country. It could create civil unrest and discontent within the general population who have average income as this will lead them to shell out more of their wages on commodities that were significantly cheaper the previous year.
So, why does inflation keep happening? Why can’t everything stay the same, making it predictable and effortless to buy and sell things over the long run? Well, there are primarily two leading causes of inflation that make prices increase at alarming rates. These are: