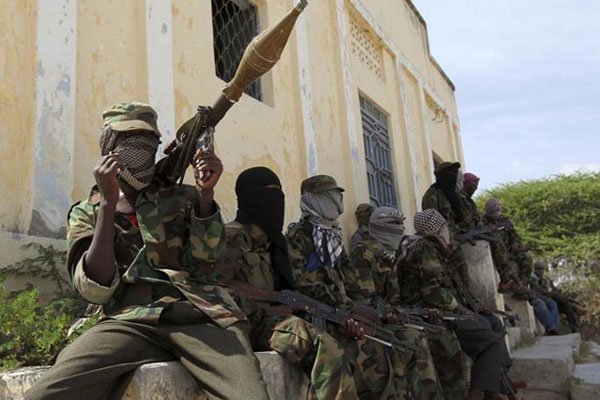 In November 2008, al-Shabaab commander Mohamed Toora-Toorow, in the company of 24 men, left Somalia at 11pm and walked several kilometres into Kenya.

The mission of his unit was to kidnap two Italian nuns: 67-year-old Maria Teresa Olivero and 60-year-old Caterina Giraudo, employed as aid workers in El Wak, a town in Mandera County bordering Somalia. The abduction was to take place near a Kenya Defence Force (KDF) forward operating base in El Wak.

“Toora-Toorow divided his 24 men into four groups — one to kidnap the nuns, one to monitor the barracks, one to hijack vehicles at a hotel, and the other to secure the escape routes,” write Harun Maruf and Dan Joseph in their 2018 book Inside al-Shabaab: the History of Al-Qaeda’s Most Powerful Ally.

The book offers an insider account of how al-Shabaab terrorists conduct their despicable operations, including kidnappings and ransoms.

“The first unit abducted the women from their house. Then, after Shabaab and soldiers exchanged gunfire at the barracks, all four groups opened fire,” the book says.

In the confusion, they write, the group at the hotel hijacked two pick-ups and a Land Rover. The Shabaab team converged, piled into the vehicles with the nuns, and raced back into Somalia.

“Fighting muddy roads, travelling only at night to thwart Kenyan airstrikes, they reached Mogadishu two days later,” the book says of the long journey deep into the terrorists’ hideout at a time they controlled the capital city.

This was very much the script when al-Shabaab militants staged a daylight attack at Gerille Administration Police camp in January 2012 where they took into captivity Burderi District Officer Edward Yesse Mule.

According to Maruf and Joseph’s book, the planning of the kidnapping of the nuns which became al-Shabaab’s first significant operation inside Kenya, lasted for two months.

Years later when Mr Maruf interviewed Toora-Toorow in 2015, the terrorist told the Voice of America journalist that the nuns were ransomed for between $1.5million (Sh151.5 million and $2 million.

The militant died in a hotel bombing in Mogadishu in February 2015.

The account offers an insight into al-Shabaab’s kidnapping machinery that has in the last decade targeted civilians and soldiers.

While abductions inside Kenya are few and far between, the account exposes the dark world of kidnappings and hostage negotiations. The terrorists, who are believed to carefully identify their victims after monitoring their movements, use kidnappings for propaganda and to make money. They prefer northeast and coastal counties bordering Somalia where it is easy to cross into the war-torn country.

This comes as the search for the two Cuban doctors kidnapped by suspected terrorists in Mandera on Friday intensified yesterday. (see separate story).

After the Italian nuns’ kidnapping, al-Shabaab gunmen attacked British couple David and Judith Tebbutt who were staying in a luxury chalet, the Kiwayu Safari resort in Lamu.

Mr Tebutt was killed as he fought off the fighters while his wife was kidnapped and taken by boat to Somalia.

“Khale has previously expressed a desire to kidnap westerners from Lamu. Between September 9 and 10, Khale was reportedly located in Ras Kamboni near the Kenya-Somali border,” a heavily redacted British M16 document reads.

Mrs Tebbutt spent six months in Shabaab captivity before she was released at a reported ransom of $1.1 million.

However, the then British Prime Minister David Cameron stated that his government did not pay ransom to secure her freedom.

According to the British intelligence document, in February 2011, Khale tasked “al-Shaaab associates to monitor cruises around the Lamu archipelago with the intention of abducting western tourists to hold them for ransom in Somalia”.

“A group of al-Shabaab fighters planned to target females at Kiwayu Safari Village resort, believing that they would grow weak in captivity and thus expedite the payment of a ransom,” the intelligence reports say.

Like most al-Shabaab commanders who have carried out kidnappings in Kenya, Khale was an associate of the late al-Qaida operative Saleh Nabhan. He was among the first recruiters of Kenyans who travelled to Somalia to join al-Shabaab.

Mule would spend 546 days in Shabaab captivity and was released following the determined efforts of his father, Yesse Mule, who has documented the whole affair in a book that was published in February Let My People Go.

“There is an intricate web of deceit, open greed for political power and an insatiable thirst for quick riches at whatever cost which is exhibited by the various competing interests in Kenya and Somalia,” he says in the blurb of the book. Mr Mule said he did not pay ransom for his son.

US and British intelligence reports indicated that the Kenyan Coast and Somali border were being used as facilitation routes for al-Shabaab to transport people and goods across the border.

The intelligence files were released as part of “The Spy Cables” project by Al Jazeera and the Guardian newspaper, which is a leak of hundreds of secret intelligence papers from agencies all over the word.

So as to support the kidnappings, al-Shabaab is suspected to have spies composed of both Kenyans and Somali nationals operating in the country.

Since 2008, al-Shabaab militants have carried out several kidnappings of locals and foreigners in Kenya. Even before the Cubans were abducted, security forces have been searching for Italian aid worker Silvia Constanca Romano who was abducted by gunmen in Kilifi in November last year. Not much progress has been reported.

And in July 2017, in a daring raid, Shabaab militants kidnapped Public Works Principal Secretary Marya Mariam El Maawy as she visited families in Boni Forest during an inspection of the Lapsset project.

The militants flagged down the PS’ convoy at Milihoi between Koreni and Hindi, about 40 kilometres northeast of Mpeketoni.

Although KDF Special Forces rescued her 45 minutes later after her abduction, the attack left her with a bullet lodged in her left shoulder and burns on her legs. She died three months later in South Africa where she was being treated, becoming the senior-most government official to die in an al-Shabaab attack.

In February 2016, Somali forces rescued a Kenyan businessman James Gashamba who had been held hostage by suspected pirates and al-Shabaab gunmen for 15 months.

In June 2012, four aid workers from Canada, Pakistan, Norway and Philippines were kidnapped at the sprawling Dadaab refugee camp. They were rescued a month later in Somali by KDF and Somali National Army soldiers.

Two Spanish nationals working for a non-governmental organisation (NGO) were also kidnapped in Dadaab in October 2011. They were later released on July 18, 2013.

Using the kidnappings as a pretext, Kenya sent an estimated 2,500 troops to Somalia, with top government officials portraying the incursion as a response to the kidnappings.