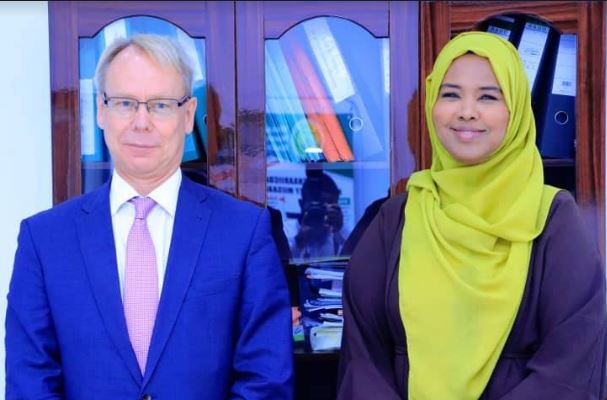 During the meeting, Amb Elmi discussed the newly appointed Ambassador strengthening the bilateral relations between Somaliland and Sweden, with particular emphasis on issues related to the Swedish Government to support projects boosting the fledgling economy of Somaliland society.

The Deputy Minister of Finance, Amb Rhoda, has previously served as the Ambassador of the Republic of Somaliland to Sweden for five years.