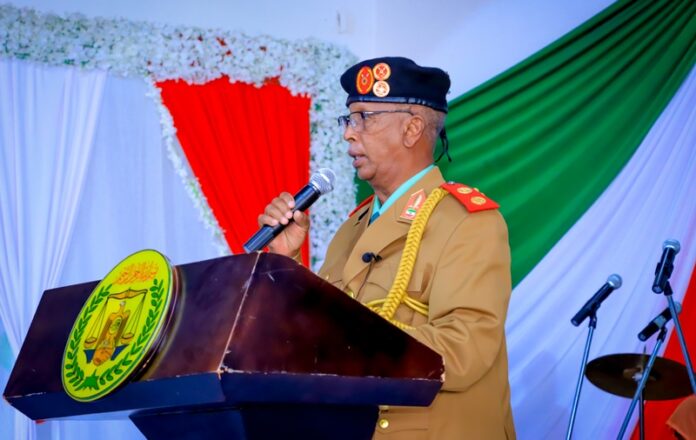 He said, “For sure we have an army that is disciplined and capable of defending the country from any form of aggression. Our soldiers are well trained in handling modern military gadgets.”

The general revealed that Somaliland Army was formed due to the menace caused by the ragtag militia wrecking havoc after the fall of the Siad Barre regime.

He said that the first Somaliland president H.E Abdirahman Tuur failed to form a national army and it was only after the second president came to power was the army established.

He said that the responsibility of the army to protect the country’s borders from incursions.

The General stated the importance of improving the knowledge capabilities of members of the armed forces. He revealed that the cadets have been trained in different countries.

He went on to praise the President for being the pillar of hope for the armed forces. He said the president had reached the highest rank in the military.