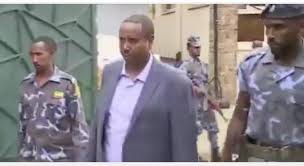 They were charged with attempting to incite communal violence between June and July, 2018 by sponsoring, arming, and giving instructions for the youth group they established under the name “Hego.”

According to the charge sheet, people were killed in the violence, in addition to displacement of several people, damages caused to public and private properties. Women were also raped, the charge sheet added.

According to findings of the investigation conducted in August by the Federal Attorney General, a total of 58 people were killed and 266 other injured in the violence occurred in the regional state 4-6 August 2018 alone.

Priests and followers of Christian Orthodox churches were in particular burnt alive inside churches and several women were raped. Two mass graves containing the remains of 50 victims have been found by the investigation.

The investigation team has also discovered several crimes committed prior to the start of the August investigation, including a mass grave containing 200 victim.

More than 412 million birr worth properties were destroyed and robbed from churches, public institutions, residences, and businesses during the violence.