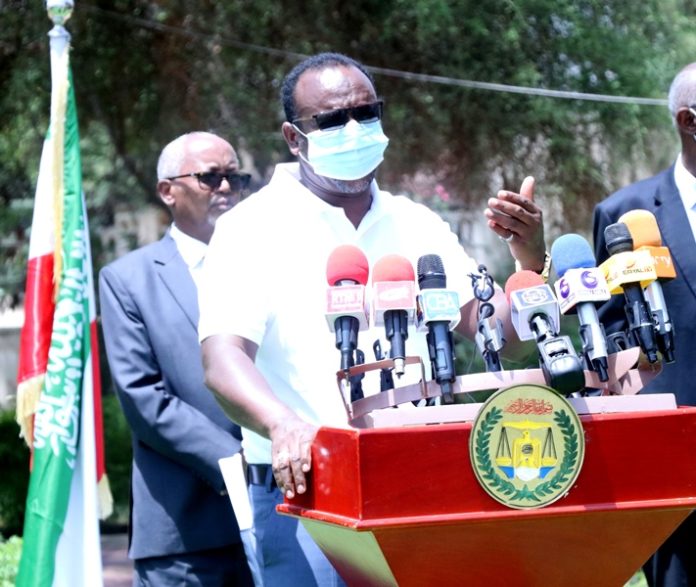 Puntland & Somaliland have traded accusations which emerged after a couple of days ago once Puntland president has called on Somaliland to withdraw its troops from Sool and Sanaag provinces as the two sides are involved in spat over the territorial borders.

The information minister of Somaliland, Hon. Suleiman Ali Kore has pointed out the statement from President Deni was not intelligent.

The Minister has further called on President Deni to keep Puntland’s unity while refraining from meddling the internal affairs of Somaliland and its borders.

Kore said: ” We are calling on that there is a lot of wrongs to be righted in your administration. I tell you to keep off from interfering the internal matters of Somaliland and its territory.”

In response to Somaliland information minister’s remarks, Puntland counterpart, Abdilahi Ali Hirsi. He emphasized that Puntland will retake control of the territories under Somaliland either by peace or by war.

Tima’ade said: “The President is right on his remarks. Somaliland must withdraw its troops from Sool immediately. Otherwise blood will be shed.”