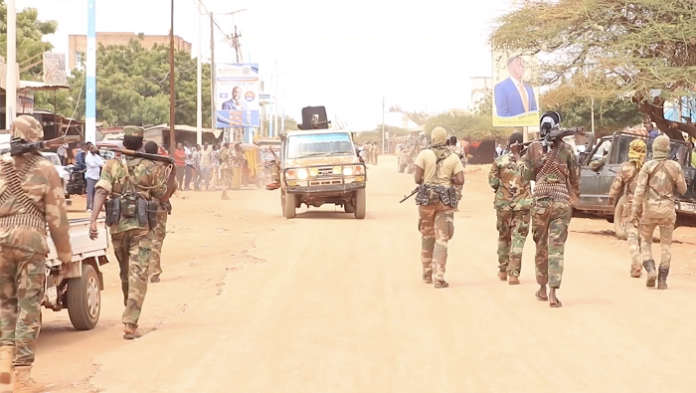 At least six soldiers were killed in an ambush by Ahlu Sunnah fighters on a convoy of Galmudug regional forces near the state’s capital, Dhusamareb, local media reported on Saturday.

Fighters of the rebel group attacked vehicles carrying troops near the town of Balibiri, north of the regional administration’s powerbase, triggering fierce fighting that lasted for hours.

At least 6 soldiers have been confirmed dead and a number of others wounded, though details on the exact toll from the gunfight are still scarce. Rebels also destroyed a military vehicle, according to reports by local media.

Galmudug authorities and Ahlu Sunnah leadership have not immediately commented on the latest developments in the restive region.

It comes just a few weeks after militias loyal to the group killed a number of Turkish-trained soldiers and seized a military vehicle in an attack on a military base in the town of Dhusamareb.

Ahlu Sunnah is still based in the town of Bohol near Galmudug regional capital, months after its fighters were driven out of key towns in the region following army-led offensive.

Fighting between Ahlu Sunnah, a former ally of Somali government, and a coalition of regional forces and federal troops in the town of Guriel left at 130 people dead, with more than 600 wounded and displaced tens of thousands of residents.