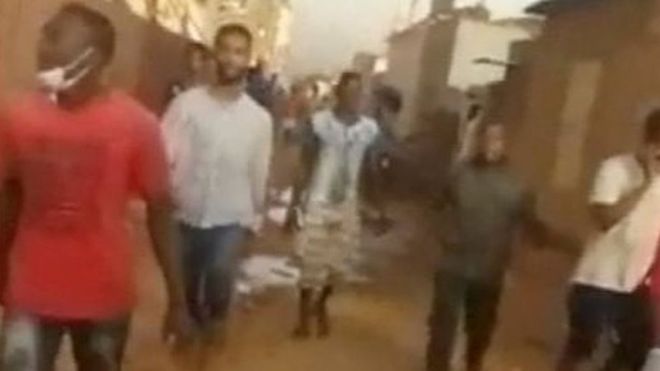 KHARTOUM, Sudan–At least five protesters were killed and scores injured as Sudanese security forces moved in to clear the main protest camp near the army headquarters in the capital Khartoum, according to protest organizers.

“Militias belong to the government have aggressively attacked thousands of civilians in the sit-in,” SPA said in a statement.

The Central Committee of Sudan Doctors (CCSD) said five protesters were killed and many others injured as security forces cleared the camp.

Opposition negotiator Abbas Medani was reportedly injured during the dispersal, according to eyewitnesses.

The sit-in near the army headquarters has been a magnet point for protesters to demand the Transitional Military Council (TMC) hand over power to a civilian government.

“We are holding the TMC responsible of what happened this morning,” SPA said, going on to call on protesters “to join the sit-in to resist this attempt”.

The TMC is now overseeing a two-year transitional period during which it has pledged to hold presidential elections.

Demonstrators, however, have remained on the streets to demand that the TMC relinquish power — at the earliest possible date — to a civilian authority.