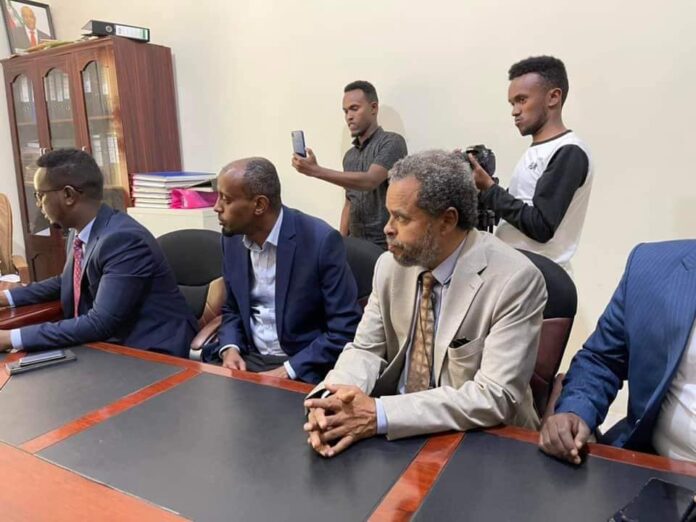 Following a week-long impasse between proponents of legality of immediate application of Law No. 14 on political associations and parties as declared by the government on December 13, and opponents who wanted application postponed until the 2022 presidential election among Somaliland’s Lower House lawmakers, 47 of the former submitted a copy to the Supreme Court for clarification of contested interpretation.

The nexus of the altercation between the two camps of the House of Representatives’ lawmakers rested on how each side interpreted time of application.

The first lot argued that since the President did not return proposed amendments and notes on the Law as submitted him by both houses of the parliament within the stipulated 21 days allowed him, the House was constitutionally mandated to pass into law for immediate application.

The second camp contend that the draft law was not to be passed into law until the slated presidential election was conducted with the current three national parties running. They also insisted that there still was time to debate changes and amendments in favour of their contention.

Both parties drew on an oversight espied in the text of the Political Associations and parties law which did not specify what to happen if there was no local councils election on which results the next three national parties could be identified.

But, then, there was the legal time span of political parties which the Constitution limited to 10 years and the derived Law No. 14 which set the last six months of this period to the registration, screening and determination of who is to pass to a national party and which associations did not make it.

Since there was no guarantee that the three current political parties would pass on – again – to national parties come November 2022 and the election of the next president, the majority of the lawmakers from all three parties who submitted the law for interpretation, insist that the other side’s argument was not only inoperable but unconstitutional.

On the street, public opinion is preponderantly more inclined on the side of opening political associations when the slotted time arrived than holding on to Kulmiye, Waddani and UCID for another spell.

Opposition to opening political associations was, at first, only confined to opposition political leaders, not so optimistic of their fate in a run against many. But, in this development, MPs from both camps appear to have joined hands to respond to public expectations of them.

Once this issue is settled, the lawmakers have to seriously delve into a law that has gathered dust in the House defining how the next Guurti (Upper House) MPs are to be selected or elected. The current term of this House is due to expire on end of May 2022.

To the public, the Guurti election bill should have been discussed and passed before the political associations and parties’.

The House, as some of the MPS who submitted the case to the court articulated, should have not wasted precious time and public trust on bickering on a constitutional issue defined by Articles 77 and 78 of the Somaliland constitution. Instead, they said legislators should have devoted their time, energy and attention to debating fundamental issues such as the rising commodities prices, drought, water shortages, food security and the like.

Much, as it is, rests on how the Supreme/Constitutional Court interprets contended areas of the bill the lawmakers filed with it today.

Total MPs of the Somaliland House of Representatives number 82 – equal to that of the Upper House – the Guurti.