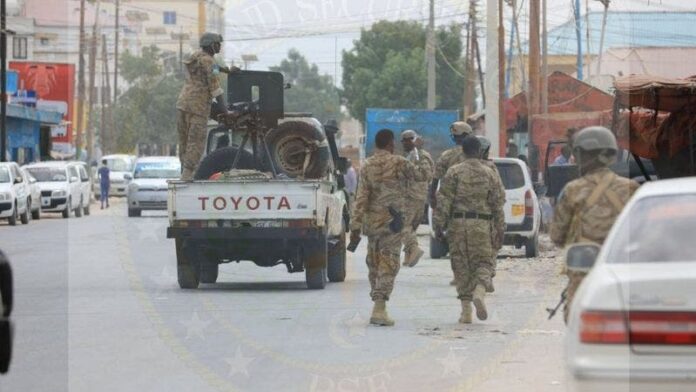 Sporadic but intense fighting has continued for the second day running in the coastal city of Bosaso as warring sides between the forces allied to President Saed Abdillahi Deni and a section of Puntland Security Forces.

The fighting broke out early on Wednesday morning at around 5:am local time as sporadic gunfire could be heard close to the base housing Puntland Security Forces and the Presidential Palace in Ridwan neighborhood.

Most of the coastal city businesses remain closed as residents have started to flee from their residences.

Skirmishes erupted after  forces allied to Deni fired at positions held by PSF forces loyal to sacked commandant Mohamed Diano sparking a heavy exchange of fire between the warring sides.