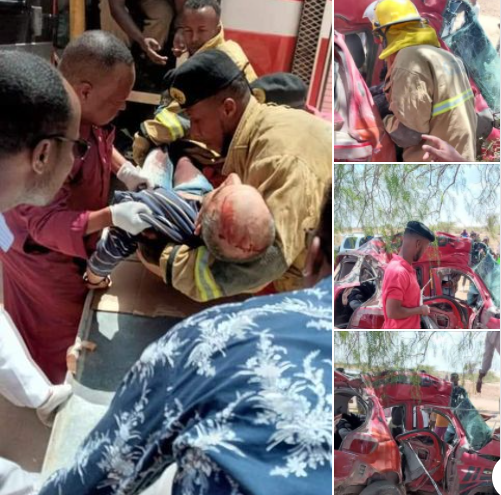 Two Yemeni citizens have been confirmed dead and two others injured in a car accident on the vicinity of Gebiley town which is 50 km west of the capital Hargeisa.

The two Yemenis who perished in the car crash are believed to be among the foreign workers in SL.

The wounded were transported to Gebiley General Hospital for further treatment.

Security forces arrived at the scene to rescue the victims.

SL traffic police have not yet officially disclosed the names of who perished as well as those who were wounded in the after math of the car accident.

Speed demons on Somaliland roads and damaged roads are hugely attributed to the traffic accident which is on the rise.