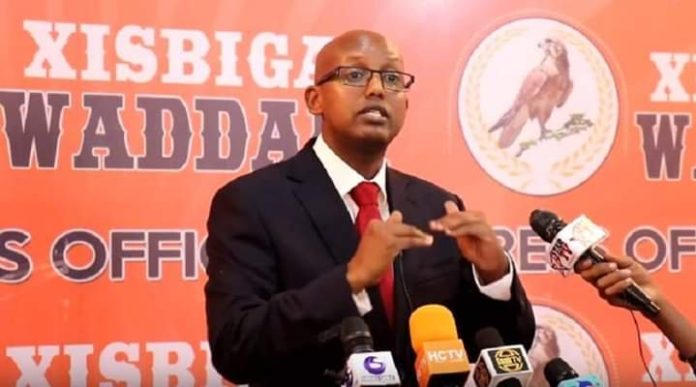 Khadar Husein, the secretory general of Wadani party today called on the government to release details on the last Tuesday meeting between Bihi and Farmajo.

In a press conference at Wadani party headquarters, Khadar, has urged the government to inform the public on the agenda of the meeting, government plan for the talks and the outcome of the meeting.

Khadar has also scathingly criticized the government for lack of transparency in the conduct of its foreign policy.

He has accused the government of misleading the public when officials return from foreign trips.

He has rejected the government narrative that the two presidents met at the office of Ethiopian PM without prior plan.

Wadani secretary general further elaborated on his party’s stand on the talks with Somalia.

He underlined in the first place that Somaliland’s quest for its international recognition is tied with regional agreement with the government of Somalia as things stand now.

The way to achieve that, he said is through transparent talks with the input of all stakeholders such as the political parties and regions.