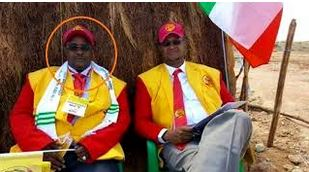 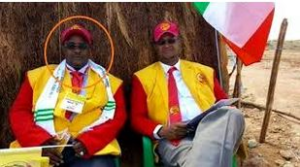 ADDIS ABABA–Members of Somali State parliament in Ethiopia have expelled from the governing party in Somali regional state in Ethiopia.

The House of Assembly members were accused of being the ring leaders of the turmoil that hit JIgjiga, the seat of Somali regional state in Ethiopia. The ruling party held series of meetings in Addis Ababa which kicked of the 8th of August. The Newly elected chairman and the minister of telecommunication for the Federal Gov’t of Ethiopia, Hon. Ahmed Shide announced the decision reached in the consultative sessions. Mr. Ahmed Shide, the new chairperson announced in a press conference that three members of the parliament have been decided to expelled from the executive council and eight members were also excluded from the central council.

The kicking out of the members from the party indicate that they were pointed an accusatory finger on them that they have fueled the unrest that hit Jigjiga on the 4th of August, 2018. The new leader, Ahmed Abdi Mohamed and members of the governing party were in attendance. Those who are implicated masterminding of the unrest will be put on trial as criminal investigation department in Somali region in Ethiopia are conducting a probe. It is asserted that they will organize series of meetings aimed at uniting the populace in the region. The chairman did not fix a date for gathering to transpire, and the venue and those who are expected to attend. The summit in Addis Ababa coincided with another parallel meeting attended by the commissioners of the 11 provinces in the Somali regional state in Ethiopia, and top their top brass.

Another breaking new is that the House of parliament speaker of Somali regional state in Ethiopia, Hon. Mohamed Isak has tendered his resignation after he was pressurized to do so while in Addis Ababa, the Ethiopian capital. He also lost his membership as the executive council and member of the parliament. The meetings in Addis Ababa is aimed at ending the week long unrest that hit most regions governed by the Somali State in Ethiopia.