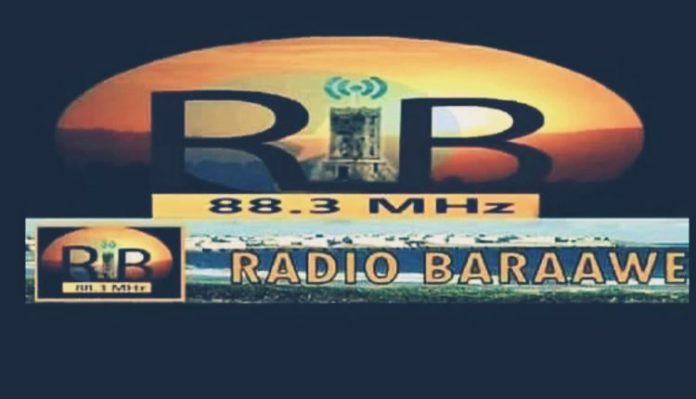 The order made by the DC of Barawe Town takes into effect from 21 April 2020.
Radio Barawe serves for an already marginalized community & the new order adds into the oppression.
The station usually broadcasts in Chiimini, a Swahili dialect spoken by people of the historical port city of Barawa in Southern Somalia.
Angry citizens took to social media to castigate the authorities for the move.
Ahmed Ali said “A private Radio is not mandated to broadcast in #Raxanweyn dialect. It’s not Gov broadcasting Radio in Somali but local. There is not any Law saying they cannot do in Brawanese. But UN Somalia and UNDP Somalia must not use any dialect which is Clan based”.
Abdifatah Hassan added “Dear Barawe & Barvanese community, your dialect is beautiful & shows diversity of our society. Banning local radio from broadcasting in Baravanese dialect is nothing but pure racial discrimination with intent of eliminating your identity. Stand up now and resist”.
Ali Noor Abdi waded in to the debate “This is an abuse and aggression against an already marginalized community and must be intervened immediately”.
Ilyas Hussein on the other hand added “If this is true, I cant understand the logic of Maay speaking community. They were supposed to encourage diversity in dialects & languages in #Somalia since they speak a different dialect/language too. You cant marginalize others & at the same time complain about marginalization!”