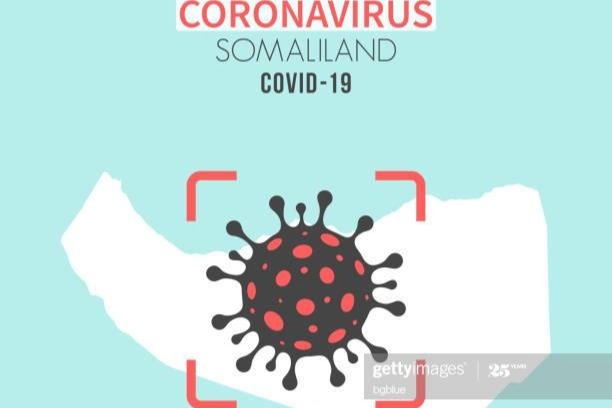 The invisible Coronavirus first reported in Wuhan, China December 2019 which has promptly spread across the world.  The new outbreak has disrupted the world, regardless of the countries’ economy, development and technological advancement. Massive precautions to take, welloperating health system, and preparedness matter most. It was the biggest shock when Somaliland confirmed its first case in the country, although it could be expected due to the swiftness of spread, lack of preparedness, and poor awareness. Bad governance, corruption, financial hardship, and the absence of basic health facilities in the country are what add to your stress and anxiety. The first thing that comes to your mind is how such a society can be able to cope with such a catastrophic pandemic in which most developed countries have not been able to control but on the contrary devastated their economy, overwhelmed their hospitals, and the shortage of intensive care and ventilators caused the deaths of thousands of people.

Before the first Coronavirus was reported in Somaliland, one day the teacher and classmates asked me the number of Coronavirus in my country and I responded that no case has been confirmed yet. They were congratulated to me by praising the good country I belong to and they requested if they may go there to survive this difficult time. Although I felt proud at that moment, I was very worried as I aware of the actual situation of my country and how bad the health system we have. It was a dilemma.  After some days, a friend of mine, while we were chatting through Skype, asked me if my country will send us planes to deploy the students and I just smiled. I don’t know if he could understand or not but he suddenly shifted the topic. The worst was when I got an official message on my mobile that free planes will be deployed by the students but anyone should contact their embassy for prior approval. Again I laughed at and went to sleep. They don’t know that Somaliland has no embassy here and even a liaison office. There might be appointed agents or others who take a wage. No wonder. Would you deny that any kind of corruption is possible at Somaliland?

Since the outbreak, doctors and other intellectuals have been concerned about the low social status and weak governance as well as following factors which were made worse by the trouble surrounding them.

Pre-existing issues plus the coronavirus

The President exercises huge power given by article 90 of the constitution which states that the President is the head of the State and the symbol of the unity of the citizens. In the same way, the burdens of election and governance upon him. Whether he holds free and fair elections or fails to do so and hold an election stay perpetually the reign and undermine the democratic process experienced by Somaliland, is yet to be written the pages of history. He is responsible for both success and failure and taking the credit.  In this hot issue, no excuses could be available, because most of the fate of the holding of the forthcoming elections depends on the leadership and political will of the president.

A number of compromises reached by the government and political parties were infringed.  Parliamentary and local elections were scheduled to happen at the end of 2019 but have again and again been postponed with now no new fixed date confirmed yet. It seems like premeditated plans to obstruct the elections for instance the president refused to dissolve the National Electoral Commission (NEC) as they lost the confidence of the opposition parties. Again, he appointed unqualified members, who do not comply with the law which irritated opposition parties once more. Also, he set aside the suggestions issued by the Mediation Committee which was another shock to the people and stakeholders. Instead of shrinking and ending the dispute, the president pulled the bone of contention apart to get a grand gate to play his well-known policies—stubborn and lack of consultations. He has no clear election stance anyway. And that led to members of the international community directly to involve the election process, particularly the National Electoral Commission.

In addition to the above issue of election, El-Afweyne riot which is unfolded conflict, unemployment, inflation, corruption, hidden talks with Somalia, and the well-known case of a land dispute between the president’s family and civilians has existed. And these overlapped problems undermined both society’s mental and physical preparedness of the virus.

Somaliland president appointed a National Committee for the Preventative of the Coronavirus although it’s a positive step taken forward, a lot of things went wrong. Unnecessary and contradictory measures had been taken. Uncountable and ineffective orders were imposed which only exacerbated the situation as well as created panic and chaos instead to tackle the pandemic. “Much talk and less work” fits the appointed committee since nothing was done except to appear the televisions screens.

first and foremost, the government failed to fulfill the duty enshrined by article 17 of the constitution that explicitly states in order to fulfill a policy of promoting public health, the state shall have the duty to meet the country’s needs for equipment to combat communicable diseases, provision of free medicine [or at least affordable health services] and the care of the public welfare. It is nothing more than a well-written provision because of no medical equipment available at least the test kits whole the country. Suspected cases were sent to a laboratory in Nairobi to be examined. At that moment, if the availability of ventilators comes up to your mind is kind of madness!

When it comes to awareness campaigns, loudspeaker-mounted vehicles have used to distribute awareness information of the virus instead of use to the mosques and radio those are more impactful and less economy. It is an outdated technique of awareness but still used in Hargeisa. Stay at home and frequently hand wash awareness may not be applicable in Hargeisa as no enough water for daily use is not available and most of the people have nothing to eat and go out to the market every day to earn necessary food; otherwise they will die for hunger.

Economic hardships have arisen due to the unsuitable measures taken by the coronavirus prevention committee. They started to destruct the small huts used by the poor people to earn their daily life even that destruction was not fair. They left behind all those forcefully paid the money being bribed by the Mayor, Vice Mayor and the Executive Secretary of Hargeisa local council and you might visit Hargeisa Main Street and Gobonnimo market to ensure the fact. Simply, the orders were aimed at the economically deprived people of Somaliland. They failed to

stop the dangerous flights of Ethiopian airlines because passengers are likely bring positive people to the country.

The role of the president has accumulated to send messages and orders via media to show off the citizens that he is still present on the platform. During these difficult days, he appealed to the businessmen to contribute the battle against Coronavirus while not pledging to cut his monthly wage or contribute as he is the leading figure in which his contribution portrays his dedication and encourages others to do likewise. Even his messages did not focus to issue an order towards the businessmen to lower fuel prices.

By the time price of oil in the world went below zero. The price here in Somaliland is the same as before and the government doesn’t dare to order the businessmen to lower but they increase the bus fare in its place which is not affordable. Actually, you should be skeptical about the existence of any hidden or incorrect collaboration between the businessmen and the government as the aid given by the UAE to distribute the needy ones is in the market for business purposes.

We don’t deny that Coronavirus is a massive disaster that caused the deaths of thousands of people. Somaliland government and National Coronavirus Prophylactic Committee issued partial decisions and not based on facts because the orders were prejudiced against the fundamental rights of specific groups of manual workers and poor people. Finally, this is not a precaution of a virus but it was to burst of floodgates of disasters.

BY; Jibril Jirde is an independent Lawyer and columnist based in Kocaeli, Turkey

He can be reached: Email: jirde40@gmail.com