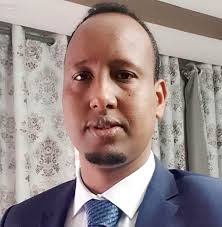 Marodi Jeh provincial court has dropped charges against Abdimanan Yusuf, the owner of Astaan TV, who has been in police custody for several weeks.

Somaliland authority accused him of being a spy agent for Somalia’s National Intelligence Agency (NISA).

Mohamoud Abdi Jama, the chairman of Somaliland’s Journalists Association (SOLJA) has hailed the decision made by the court in an interview with local press.

He said that the provincial court took the right verdict.

He said: ” As Somaliland Journalists Association (SOLJA), we are welcoming the regional court to drop charges against Abdimanan. We believe this is the right decision.”

According to Astaan TV, Abdimanan was arrested on July 17th this year by Somaliland security forces and has been languishing in jail unable to meet with lawyers and family.

Somaliland political parties including opposition Wadani party condemned the arrest and called on the government to release him without conditions.