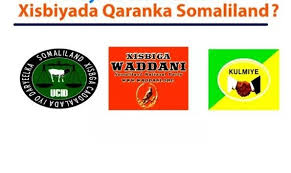 Somaliland three political parties have hammered a historic deal allowing women and minority group candidates to contest in the upcoming parliamentary and local council polls which is slated to happen in early 2021.

After having satisfied that the absence of women and minority clan candidates is not possible when it comes to the upcoming parliament and local council polls.

The three national political parties namely UCID, Wadani & Kulmiye have agreed that 18 women candidates must stand for the polls.

They also reached a joint understanding that three candidates from the outcast clans will contest in the upcoming elections.

The House of Reps. is planning to drop women’s quota and argued that it is against the country’s constitution.