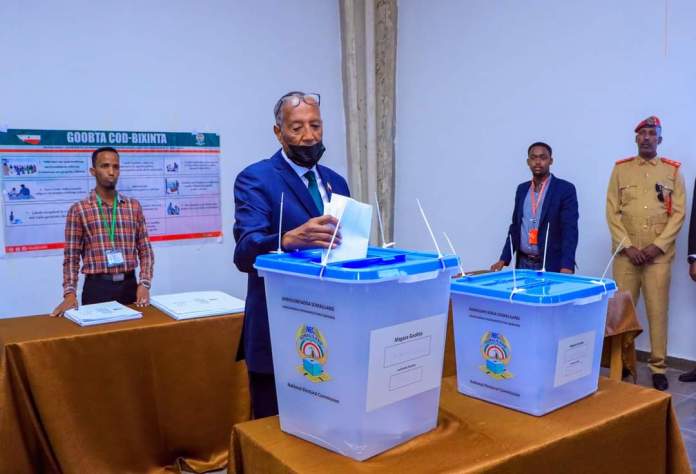 The GHR has a great strategic significance that emanates from being a source of Nile river, a gate to the red sea that its value increased after the opening of the Suez Canal and the Gulf of Aden. The area offers several of the planet’s key trade lanes and land routes. This strategic value grows because of its nearness to the oil-rich Arabian Peninsula.

Unfortunately, these diversity in population and strategic location did not contribute to the well-being of people in the region, in terms of mutual co-existence, economic integration and political stability. Rather it has created hostilities, distrust, ill-will and source of endless conflicts of arming opposition militias/ fronts. These paved a way for an autocratic rule in the region in general and continuous meddling of regional politics by numerous actors for the control of the region, & its resources.

For instance, Tanzania, Kenya, and Burundi are relatively better regarding democracy, human rights, and governance from the rest of the region. Though, they are still a long way from a full democratization in these countries. These three countries are still using repressive legislations and structures to secure their seats in power. Let us review some events associated with last elections in Kenya, Tanzania, & Burundi.

Kenya: Uhuru Kenyatta was re-elected in disputed poll on October 26th, 2017. After the Kenyatta’s August Vote, 2017 was annulled because of irregularities by the Supreme Court, and the opposition leader, Raila Odinga, withdrew from re-run election.

Tanzania: John Magufuli won a 2nd term in Tanzania’s 2020 general elections. John Magufuli belongs to a party called Chama Cha Mapinduzi (CCM). This party has been in power since independence in 1961 and was never defeated elections nationally throughout years.

Burundi: Pierre Nkurunziza was elected in August 2005 election as the 9th president of Burundi for almost 15 years. He held the post controversially for three terms, inciting major public unrest in 2015. But latter announced that he will not re-run for election in 2020. However, He amended the constitution by removing the presidential term limits in a disputed referendum in May 2018. He died on June 08, 2020, shortly before the official end of his term. Days after the constitutional court declared the victory of his party’s candidate (The CNDD-FDD), Evariste Ndayishimiye, in the country’s May 2020 presidential elections.

Somaliland: is a self-declared sovereign state in the Greater Horn of Africa Region (GHR), but globally recognized as a part of Somalia. Somaliland has borders with Djibouti (northwest), Ethiopia (South & West), Somalia/Puntland (East) and the Gulf of Aden (North). Somaliland declared its independence on May 18, 1991, following the Burco Conference organized by the Somali National Movement (aka SNM) & participated by the tribe elders from the six regions of the Somaliland.

Follow-up conference was held in Borama in 1993 for major clans to consolidate the outcome of the previous conference, and pave away for the National Charter that gave the mandate for a two-year transitional government, pending the adoption of the new constitution. Third conference was held in Hargeisa, 1997. This conference initiated the selection of representatives indirectly, and through these representatives a more comprehensive short-term constitution was approved.

The 1997 representatives had put a lot of efforts to finalize the draft constitution that was voted in a public referendum in 2001. Following the public referendum, Somaliland held its first parliamentary election in 2005. This milestone achievement transformed the Somaliland politics from a traditional clan-based political system to a multi-party system. So far, Somaliland held two LC (2002 & 2012), followed by three presidential elections 2003, 2010, & 2017 and one term for the bicameral legislature (2005).

Mr Dahir Riyale Kahin of United Peoples’ Democratic People (aka UDUB), who had succeeded President Muhammad Haji Ibrahim Egal won the first election held in 2003 with a margin of 0.01%.

The election result was initially rejected by the Peace, Unity & Development Party (aka Kulmiye) led by the seasoned politician Ahmed Mohamed Silanyo. Nevertheless, in May 2003 the Supreme Court of the Somaliland endorsed the election result.

Five Presidents peacefully transferred the power among each other, starting from the two-year transitional government led by the Abdirahman Ahmed Tuur, followed by President Egal, Kahin, Silanyo, and Muse, the current president.

Regarding the parliamentary elections, Somaliland held one multi-party contest on September 29, 2005, for the 82 parliamentary seats based on proportional representation. These representatives held these seats for 15 years without re-election. The vote had been blocked for a decade and half by a disagreement among the three major parties over the composition of the national electoral commission.  However, the dual legislature has passed laws harmonizing of electoral laws and arrangement of two elections at once for the first and the election took place on 31 May 2021.

Based on the official announcement of the National Electoral Commission of Somaliland, the opposition parties (Waddani & UCID) won most of the seats. Out of the total 82 seats of country’s Parliament, Waddani and UCID won 31 and 21, respectively. While the remaining 30 seats are won by Kulmiye. This election happened in free, fair, and peaceful manner.

Drop a pin on the map of Greater horn of Africa Region (GHR). The chances are thin that it will land on a shinning democracy in the region. In all the globally recognized states in the region, repressive legislations are in place to intimidate the opposition party members and journalists. Somalia and South Sudan are failed states. Ethiopia and Sudan are in transition, after both countries’ ruling junta were ousted in a popular uprising in 2018 and 2019, respectively. The possibility of both countries transforming to full democratic states are very minimal on the bases of what is going on in these two countries.

Rwanda, Uganda, Eritrea, and Djibouti are entirely authoritarian states. Arbitrary detention, ill-treatment, and torture in official and unofficial facilities are common according to credible sources in these countries.

In such deploring situation in the region, Somaliland stands out from the Greater Horn of Africa Region (GHR), and this is clearly demonstrated by May 2021 parliamentary election. This unrecognized state organized unique election starting from kickoff by employing Iris Biometric Vote registration to hold a clean election in the country. The administration fulfilled their promise through holding a credible election. This unparalleled record achieved by this young state makes it the shining democracy in the region.