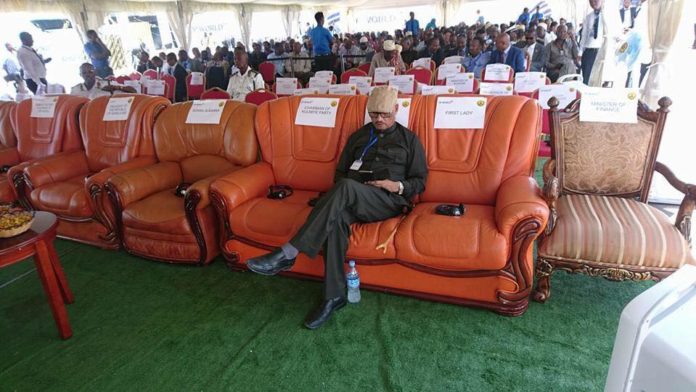 In the past Somaliland was renowned internationally as a bastion of democracy and security in the Horn of Africa.

This was stated by Opposition UCID Party Leader Eng Feisal Ali Warabe in Hargeisa where he castigated the government for its lackluster arrangements for planned 2019 parliamentary elections.

According to the politician Somaliland has lost its steam in the  democratization process courtesy of a parliament that is the only one in the world to be in office for 12 years.

Similarly the claim of a secure country has been lost since President  Muse Bihi assumed office Following the mushrooming of a red Opposition  groups formed and led by senior officers of the army he, President  is  commander in chief.

Stressing that it was very apparent that the administration is not  intent on holding Parliamentary elections as planned in early 2019, Eng  Feisal Ali warned of a major revolution if the president does not make  an about-turn.

Bihi to negotiate with political parties.

According to the Engineer turned political discussions between the  three political parties and administration has collapsed due to failure  to agree on a number of issues.

Adding that not only have they refused to negotiate disbanding NEC which  is behind the fiasco of November 2017 presidential elections, but the  ruling party and administration have disputed proposals to increase the  number of election commissioners  from seven to nine.

The all political parties consultative meetings that were geared towards  establishing a common stand politically and in foreign policy as well  collapsed after the dispute revolving around the future of NEC.

While Feisal Ali Warabe is known for his verbosity and platform dancing  the current threat to organize an all clans meeting should be taken very  seriously for repercussions shall vibrate far and wide.

Riding for the engineer in this instance is the despise held over  current members of parliament by citizens who are unanimous in their  desire to see new faces after 12 years.