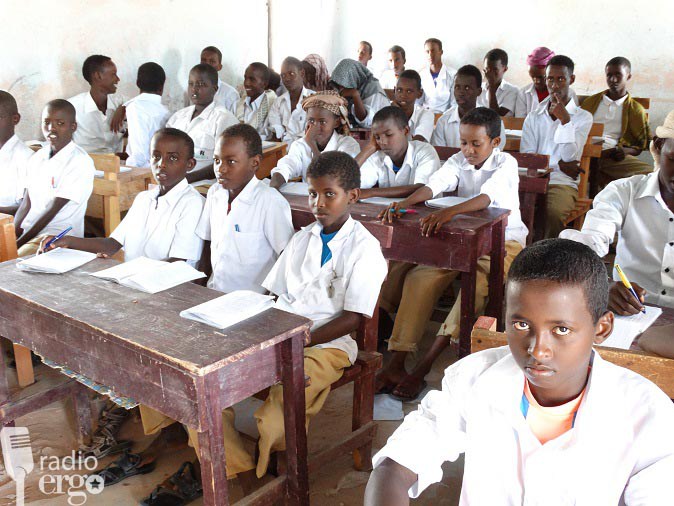 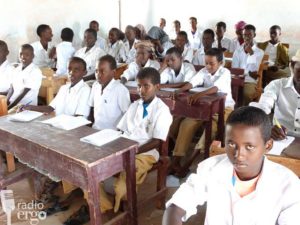 A group of university graduates in Buhodle have provided scholarships to 20 of the best middle school students whose families were unable to afford the fees for them to go on to secondary school.

The group has raised funds among them to pay the $300 monthly fees for the 20 children, who include five girls.

Dr Abdikadir Abdirahman Mohamed, the organiser of the initiative, told Radio Ergo they selected the scholars from 10 schools in Buhodle, Hadadan, Widwid and Bali’ad. The top two students in each school were awarded the scholarships.

Abdikadir said they hope to continue this new initiative annually and to increase the number of students being supported.  He said financial challenges in families should not stop bright and hard-working students from continuing their studies. He encouraged students to work hard to compete for the scholarships

Abdullahi Aidid told Radio Ergo he was delighted with the performance of his son, Abdirahman, who won a scholarship.  Abdullahi has five children in school and struggles to pay the fees.  As high school is more expensive than middle school, he could not afford to keep his children in education to that level.

Ayan Abdi Farah as the top student in Imam Nawawi School. She has now enrolled in Form 1 at secondary school with the support of her scholarship. She told Radio Ergo her family is destitute but she hopes to get to university level.

Abdikarin Mohamed Elmi, the coordinator of Puntland’s education ministry in Buhodle said there is a high drop-out rate before secondary school. Around 200 students dropped out of school after completing middle school in 2016-17.

He said the main factors causing children to quit their studies are low family income, early marriage for girls, and khat-chewing by boys.