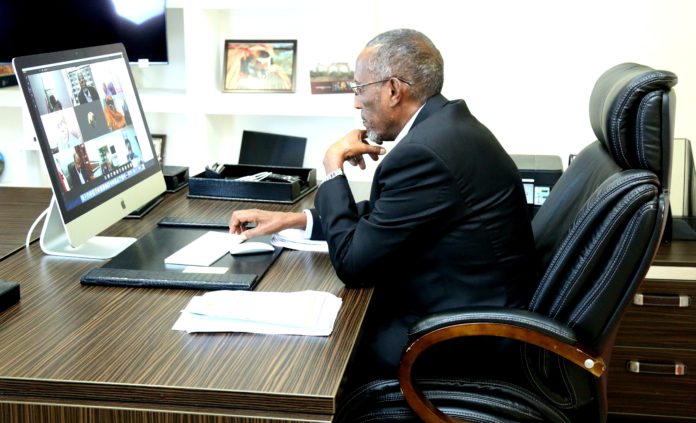 The final decision on parliamentary and local councils elections slated for later this year is now in the hands of the supreme court.
This follows a unanimous agreement by the Somaliland council of minister in Hargeisa.

This was revealed by a press statement issued by the presidential press office , verbatim excerpts below

Quote- The 62nd session of Council of Ministers of the Republic of Somaliland undertaken via Video Conference and chaired by the President Musa Bihi, on the 13th Aug held discussions on a number of issues among them elections, security and state finances as well as adoptation of some national policies.

The Minister of Finance presented a briefing to the Council on the state of the country’s economy and the impact of the corona-virus , and presented the Council with an overall economic and financial framework policy for the next three years 2021-2023.
The framework said finance minister Saad Ali Shire is in pursuit of overview and predictability in process of economy and finance, thus ensure local revenue collection is enough to meet public expenditure and development priorities, as per administration policy.

Finally, the Council held a lengthy debate on the conduct of the elections, and decided to refer it to the Supreme Court of the Republic of Somaliland. Unquote

The entry of the supreme court into the election debate comes in the heels of announcement of non participation made by Awdal region traditional leaders who ate demanding an increase of seats in the national legislature where they currently have 14 seats.
This move by the Awdalities goes contrary to a tripartite accord by the Somaliland national political parties of Kulimye, UCID, Wadani which   that the format utilized in the 2005 polls apply in the planned elections.