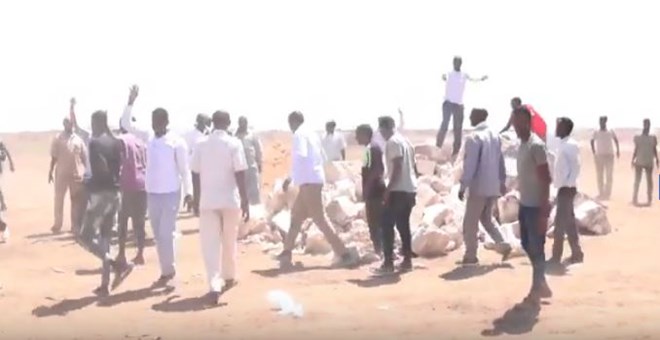 At least 19 people put under arrest including elders and business people in Togwajale after they protested over a land dispute whereby the road transport ministry was planning to build the site a building in the east outskirts of Wajale township.

The elders vandalized the building materials loaded into the site, and claimed that the government was planning to sell the public land which the previous president allocated for Wajale cemetery.

The elders and business people argue that the former Somaliland president earmarked the land for the expansion of Wajale cemetery.

They stressed that the site will be built a grand building whereby trucks to and from Wajale will be loaded or unloaded.

They also said that the building is an asset belonging to the road transport ministry.

The authority promised to sue the elders and business people in the court and that they will come up with prove that the government is selling the site.