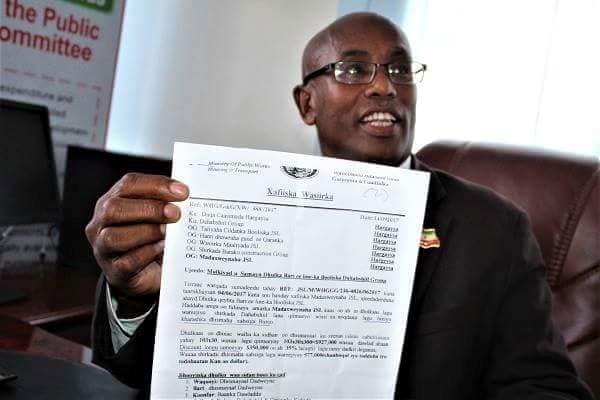 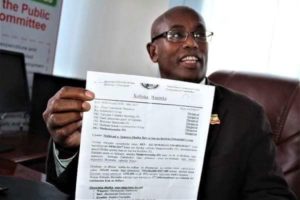 The different parliamentary committees have come out forcefully to support the president of Somaliland H.E Musa Bihi Abdi decree to cancel the privatization of the Berbera Oil Terminal and the Egal International Airport security services which was in the hands of a company associated with a former minister in the Silanyo administration. The legislators
drawn from various political parties called on the government to confiscate
all state assets in private hands. The MPs from the ruling party Kulmiye
and those from National Party (Wadani) commended the president for acting
swiftly and soberly.

The Horn Newspaper reached on several members of parliament to gauge their
opinions. First to contact is Hon. Saeed Osman Artan, he said “The
privatization of Berbera Oil Terminal and the security and the parking lot
of Egal International Airport was from the outset illegal. The president
action to return these services to government management is welcome. Mr.
President we thank you very much for your insight. During the tenure of the
former president of Somaliland Ahmed Silanyo many government properties
were stolen by his corrupt ministers. They milked Somaliland dry by
stealing many state institutions. The move of president Bihi will uplift
the government reputation of good governance and fight against corruption.”

He went on to say that the committee of public accountability had done a
marvelous job. Here are his words “It looks as if the people of Somaliland
have realized the importance of transparency and accountability of their
government. Parliament has also woken up from slumber and now highlights
the state assets in individuals’ hands.”

The chairman of the natural resource committee of the house Hon.Saeed
Warsame Ismael (Gaane) speaking about the president’s decree stated “The
president has done what ought to be done however there are also many other
state assets in the wrong hands they should be hunted down and returned to
government control. The return of the oil terminal to government control
will upgrade the president standing in the eyes of his supporters. The Oil
Terminal should not be managed by the office of the president but a new
independent government body should be appointed to manage Oil Terminal.
This should be done through a bill tabled in parliament to discuss how best
it should be managed.”

About corruption Hon.Saeed (Gaane) said “Mr. President it is important to
preserve government property. It is also prudent that the ministers and top
government official appointed by the president should concentrate in their
lines of duty instead of interfering in others government departments.
There are some ministers abusing power for instance the minister of
internal security Mr.Mohamed Kazhin Ahmed who took a vehicle intended for
the Central Bank of Somaliland Erigavo branch. Mr. President you have to
open your eyes many things are not done in the right manner because state
official hold huge clout of power they are simply too powerful for the
position they represent.

Also speaking to the Horn Newspaper is the deputy chairman of the justice
committee Hon.Hassan Musa Hufane (Hassan Karaama) called on the government
to return all government assets taken through dubious means. The president
has taken a huge stride in confiscating government property from wayward
individuals who took advantage of their positions in government to steal
from the public. It is also vital for the Berbera Oil Terminal and the Egal
International Airport security services and parking to be managed by the
government for security reasons.”

Concerning government properties Hon.Hassan Karaama revealed that the
parliamentary committee for transparency and accountability had removed the
cat from the bag by putting in the spot light many state institution looted
by greedy government trustees. He added that the audit of the construction
expenses of Burao and Borama correctional facilities will be made public as
soon as the investigations are complete.