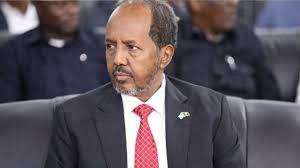 Ex-Somali President Hassan Sheikh Mohamud said the recent move by the president to suspend powers of the PM to fire and appoint officials indicate that he has no plans for elections.

Mohamud praised the Prime Minister’s leadership in pushing for credible and all-agreeable elections, and condemned attempts at undermining his role.

The ex-leader expressed its concern about the political uncertainty in the Horn of Africa nation, which he said, had dashed the hopes of citizens and investors for a better future.

The ex-president that conscience cannot accept that Farmajo suspended powers of the PM whom you delegated the national security.

He also said that he dismissed the former PM when election issues was raised and this is an indication that election is not a top priority for Farmajo.