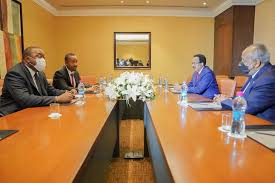 Somalia’s Federal Govt has formally dismissed the newly released IGAD report on tension with Kenya, citing that the findings were not based on factual information on the ground and instead largely banked on Kenyan sources.

Somalia’s Information Minister, Osman Dubad, who addressed the media on Wednesday morning stressed that the report did not reflect the actual situation on disputes with Kenya, adding that Somalia is still adamant by its accusation against Kenya.

The minister alleged that eight-member team appointed by Djibouti leader who is the current chair of the regional block IGAD failed to visit Belet Hawo, which was the flash point between the Federal govt of Somalia forces and Jubaland troops that Somalia claims was supported by Kenya in its report which has not been made public yet.

IGAD concluded in its report that there was no enough evidence to prove Kenya’s interference and aggression against Somalia.

It added that allegations against Kenya were not grounded on solid evidence in order to sever diplomatic ties.

Somalia cut ties with Kenya in November last year by expelling all diplomats and recalled their diplomats from Nairobi. 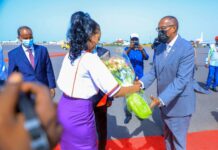 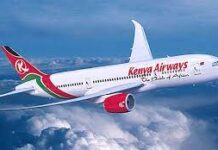