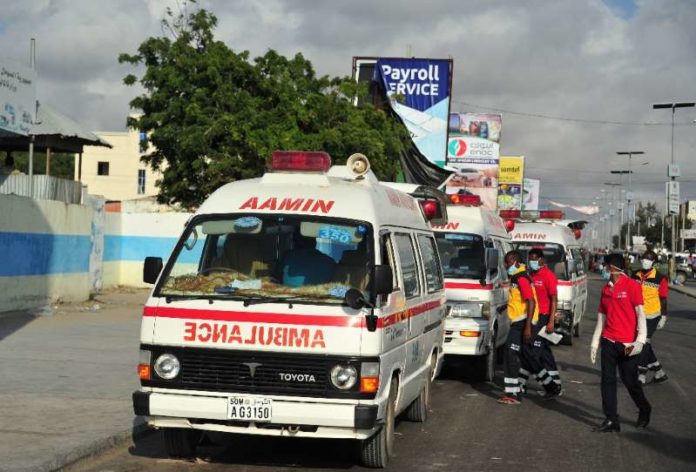 Mogadishu–Somali police informed the only free ambulance in Mogadishu to stop responding to bomb attacks in the capital, according to the founder. Aamin ambulance founder, Dr. Abdukadir Abdirahman cited that he received a formal order from the police commission that his service must stop rushing to the scenes of Somalia’s deadly bombings. The founder put pressure on the police to write a formal letter asking him to stop the services but the police have failed to do so. They told him that it is an order and you cannot go. The free ambulance has been doing this work for the past 12 years. The city has witnessed string of deadly bombings that questioned the capacity of Somali gov’t could not maintain the security of its nationals. The police in the capital conducted man hunt operation in door to door search against the Al Shabab elements that are hiding in the city. Dr. Abdukadir Abdirahman, a Somali dentist who founded Aamin ambulance over a decade ago and is run by donations.  Aamin Ambulance has become an essential lifeline for ordinary folk, whether victims of armed violence, car accidents or a complicated birth. This service is what people rely on in times of crisis, but we might have to suspend operations due to police order. The police have fear that Al Shabab may impostor as ambulance while it will be used as suicide vehicle. Deputy police commissioner, Ms. Zakaria denies claims that police suspended the work done by the ambulances.