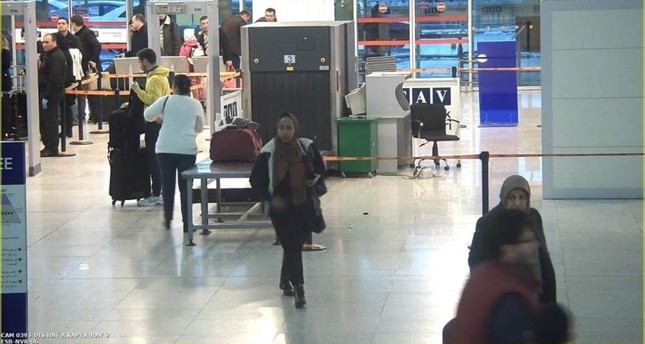 Turkish police have caught a young Somali man who dressed as a woman and to travel to the UK illegally using a woman’s documents.

They young Somali man was identified as Ibrahim, was an Esenboga airport in the Turkish capital, Anakara on February the 12th holding the travel documents of a lady called Khadija.

He had everything ready, a long skirt, a fur coat, a tight headscarf and full make up.

The suspect resembles the woman he was posing as and holding her documents.

However, the police grew suspicious about the copious amounts of freshly applied makeup.

Police officers then checked security camera footage to discover that a woman had arrived to hand over travel  documents over to the suspect.

The police instructed the suspect to remove her headscarf and clear her makeup while they ran a background check.

The traveler was in fact a man named Ibrahim, a Somali national who came to Turkey in September 2019.

Khadija H, who turned out to be his girlfriend, was arrested as she tried to flee from the airport.

Both are currently under police arrest.