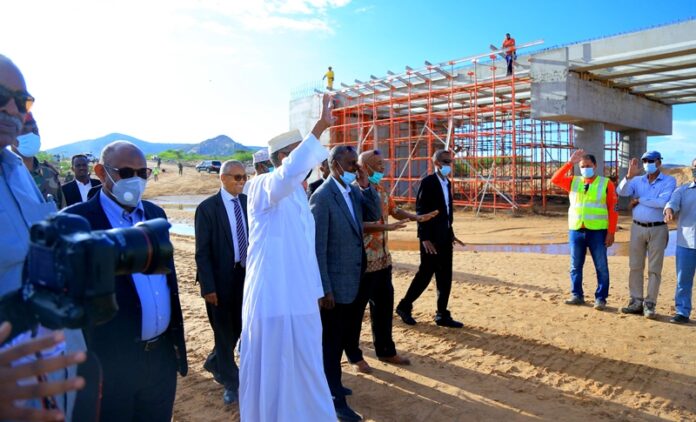 The President of the republic of SL Musa Bihi Abdi has made a working visit to Berbera, the regional capital of Sahil to inspect various facilities between Hargeisa and Berbera; specially, Da’ar Budhuq valley which is under construction, and it mostly affected by the rainy season.

The president and members of the delegation observed the progress Da’ar Budhuq valley bridge as well as the overall construction of the bridge.

Some of the engineers working on the site have said that the construction of the large bridges will be completed at the end of this year.

The president has encouraged the inspectors and observers to build Da’ar Budhuq bridge and commends the various teams in charge of the construction.

He said that once Berbera corridor is realized; it will be a huge success as it connects the people in the area.

The huge bridge under construction  in Da’ar Budhuq valley has been widely commended by the many people .

One of the most suspected bridges to be built to safe large number of civilians.