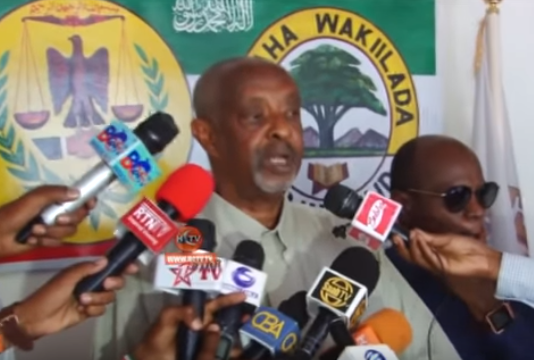 HARGEISA– The interior minister Mohamed Kahin Ahmed yesterday underwent lengthy grilling session before the standing committee of the house of representatives. The minister was questioned on the national security of Somaliland by the members of the committee. Once the session ended, the minister spoke to the press and told that it is a norm that the parliament summon gov officials in order to exchange on thorny issues that the state is confronted with. The minister thanked the members of parliament for summoning him. Somaliland is currently faced with insurgency that is led by renegade Col. Aare who defected from the national defense forces. He was given an army base by Somaliland’s biggest foe, Puntland which is engaged with Somaliland over territorial dispute.

Two police officers were recently shot to death in the line of duty. The president of the republic imposed state of emergency due to insecurity in major parts of Sanaag region. The Joint house of Somaliland parliament rejected to pass the state of emergency. Recently, Somaliland chased out of its territory minister from Puntland that infiltrated into the remote eastern regions of Sanaag.