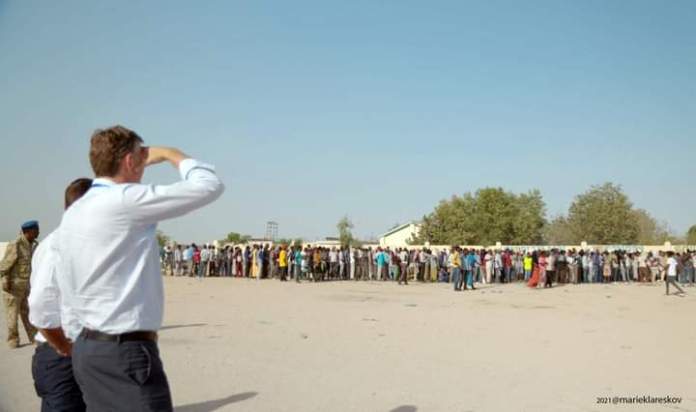 The trip included meetings with the National Electoral Commission (NEC), three political party leaders, #women candidates, civil society, and media representatives in #Hargeisa. Ambassador Thonke also travelled to #Berbera where he conducted site visits of  supported activities under the Joint Programme on Local Governance, and also had a chance to visit the Berbera Port – a possible “game changer” for the economic development of the region.

On election day May 31, Thonke – accompanied by Ambassadors from #Finland and #Switzerland – visited five polling stations in Berbera, and an additional rural polling station between Berbera and Hargeisa. Following his return to Hargeisa after election day, the Ambassador met with H.E. President Bihi to extend his congratulations on the successful and peaceful elections.